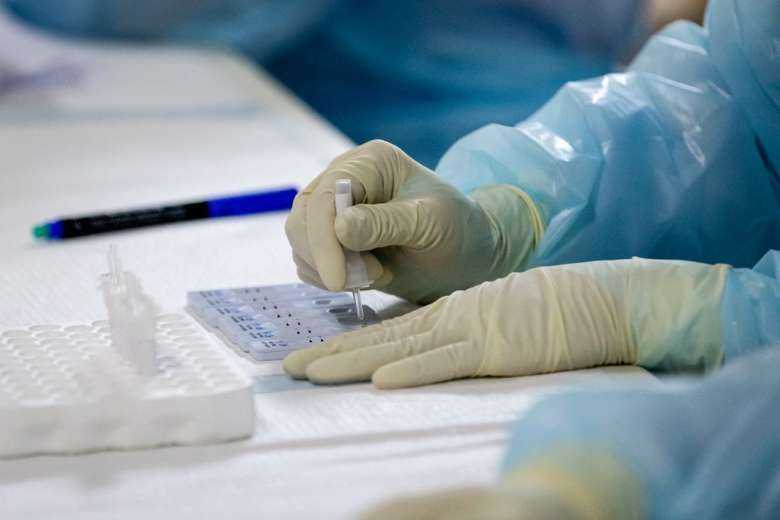 A plan by Thailand’s government to start vaccinating children as young as five against the coronavirus has drawn controversy, with many people expressing opposition in a country where anti-vax sentiment is rare.

The government is preparing to use the Pfizer-BioNTech Covid-19 vaccine for children between the ages of five and 11 starting next month as part of its mass vaccination drive, according to the Public Health Ministry.

The vaccination of children, to take place in their schools, will be voluntary and parents can decide whether they want their offspring to be inoculated.

“I am still undecided but I want the best for my child,” Prenapa Yimlamai, a shopkeeper in Bangkok who is the mother of a five-year-old girl, told UCA News.

“I don’t want her to fall ill [with Covid] but I am a bit concerned about possible side-effects of the vaccine.”

She cited the case of a 16-year-old girl who died late last year a few days after receiving her second Pfizer shot as a result of blood clots that developed in both her lungs, according to news reports.

Where is the official risk-benefit analysis for jabbing kids to be published? I’m pretty sure that unnecessary medical interventions are illegal just about everywhere

Several other teenagers have reportedly died following their vaccination in Thailand over the past few months.

Since the government launched a mass vaccination drive last June, more than 45 million people in a country of 70 million, or 65 percent of the population, have been fully vaccinated.

As Thailand continues to battle an outbreak of Covid-19 with the especially transmissible Omicron variant spreading fast, local authorities are seeking to administer booster shots to millions in addition to vaccinating younger Thais, including children.

However, a number of people have expressed opposition to the government’s plan to vaccinate preschoolers and primary school-aged children. Several commenters have likened the plan to child abuse in comments posted online.

“[This is] unforgivable child abuse of the very worst kind,” one commenter noted, echoing a sentiment expressed by many others.

“Where is the official risk-benefit analysis for jabbing kids to be published? I’m pretty sure that unnecessary medical interventions are illegal just about everywhere. Children should not be used to protect the old,” another commenter noted.

Children and adolescents tend to experience no or only mild symptoms when they contract Covid-19, according to the World Health Organization (WHO).

“Overall, there are proportionally fewer symptomatic infections, and cases with severe disease and deaths from Covid-19 in children and adolescents, compared with older age groups,” the WHO says.

Generally, vaccination is recommended for children with severe underlying health conditions such as diabetes and respiratory ailments

The question whether children as young as five should receive inoculation against Covid-19 remains a hotly debated topic among experts worldwide.

Generally, vaccination is recommended for children with severe underlying health conditions such as diabetes and respiratory ailments in order to protect them against severe disease should they contract Covid-19.

Anti-vax sentiment is rare in Thailand where a mandate that requires people to wear masks everywhere any time they leave their homes has met with no resistance.

Thailand has recorded 2.3 million Covid infections and a death toll of nearly 22,000, which pales in comparison with rates documented in many other countries worldwide.