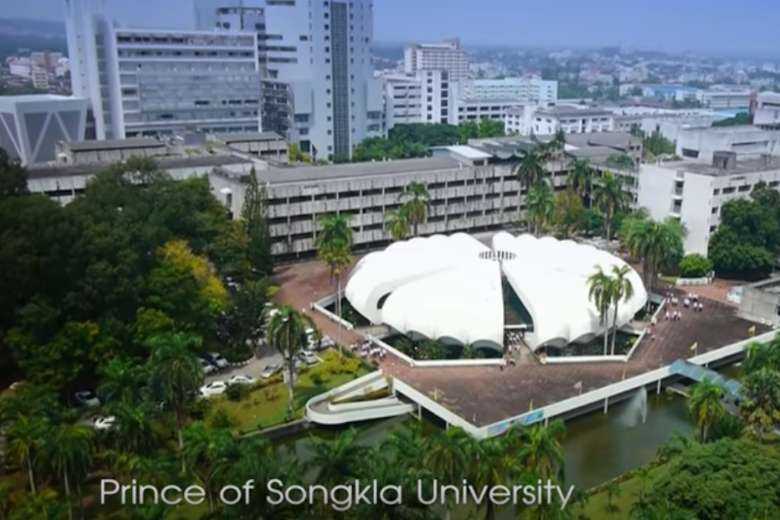 Students at Prince of Songkla University have called for an end to the prosecution of Khairiyah Rahmanyah. (Photo: YouTube)

A young Muslim community rights activist says she is being harassed by Thai authorities for speaking up for disenfranchised villagers in a Muslim-majority province of southern Thailand.

Khairiyah Rahmanyah, an 18-year-old first-year university student and observant Muslim who wears a hijab, is facing a charge of having violated an emergency decree by participating in a sit-down protest outside Government House in Bangkok last year on behalf of a Muslim community in Thailand’s south who say their lands and livelihoods are being threatened by the construction of a large industrial estate.

Late last year several villagers from Chana district of Songkhla province traveled to Bangkok to protest the planned development of an industrial zone in their area, only to find themselves arrested and charged with various offenses. Among those charged was a septuagenarian, rights groups said.

“What the police have done to the people of Chana who came peacefully to demand answers from the government clearly shows that this is a government working for tycoons before the people,” said Pornpen Kongkachonkiet, director of the Cross Cultural Foundation.

“This further demonstrates that this government has no respect for the people.”

Khairiyah and several other young Muslims continued protesting on behalf of the 1,500 affected villagers despite facing harassment from police, rights activists said.

The planned industrial estate, whose construction is currently on hold, has long been opposed by villagers who say the sprawling zone would lead to their disenfranchisement.

However, several senior officials in Bangkok have been pushing for it despite opposition from villagers.

After police in Bangkok issued summons for Khairiyah this week, a group of political science students at the Prince of Songkla University in the predominantly Muslim province of Pattani in southern Thailand issued a statement calling for authorities to stop their prosecution of the teenage student activist.

“It is sickening to see police resort to legal means to bully demonstrators who are calling for fairness in their own land and demanding the right to determine the future of their own communities,” members of the student union wrote in their statement posted on Facebook on Jan. 4.

“We would like to encourage students from all universities to join our fight for justice [on behalf of the villages] and stand up for the right to the freedom of expression for all.”

The student union also called on the government to honor its promise to conduct proper consultations with the villagers before any further decisions are made on the project.

Thailand is one of the world’s most unequal nations where the top 1 percent own two-thirds of the country’s wealth and powerful business conglomerates routinely violate the rights of disadvantaged people with impunity, rights advocates say.

“In Thailand money talks and poor people have no say,” a young pro-democracy activist in Bangkok told UCA News on condition of anonymity. “But we will continue speaking out against injustices so we can empower people to fight the system.”