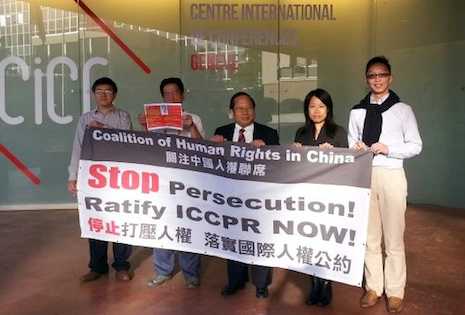 Tensions between the Chinese government and unregistered Catholic communities have increased with the detention of four priests last month, according to a report by the Justice and Peace Commission (JPC) of Hong Kong.

The report was submitted to the United Nations Human Rights Council in Geneva on Monday in a pre-session meeting ahead of a Periodic Review of China’s human rights record scheduled for Oct 22.

A coalition of eight rights groups from Hong Kong petitioned the UN rights body to address what they said was a worsening human rights record in China.

The current whereabouts of all four priests remains unknown.

A Church source in Henan province said authorities last month also prevented the unregistered community from celebrating the Feast of the Assumption, one of four major feast days commemorated each year by the Catholic Church.

“Local authorities often crack down on unregistered communities of the Catholic and Protestant churches, trying to eradicate them,” said a Church source from Luolong district in Henan province who asked not to be named.