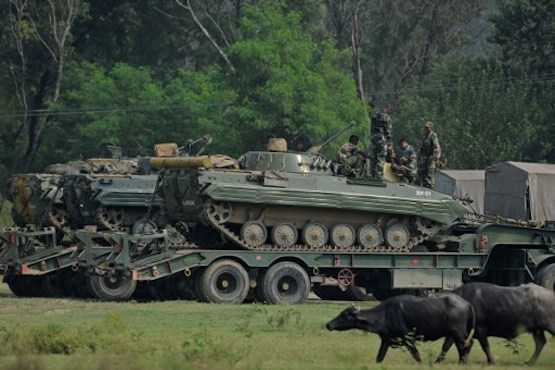 Indian army soldiers stand on a tank transporter outside an army camp in the village of Jourian, Akhnoor Sector west of Jammu on Oct. 1, 2016. Indian and Pakistani troops exchanged fresh fire across their border on Oct. 1, two days after Indian troops carried out a series of strikes across the Pakistani side of their dividing line in disputed Kashmir. (Photo by AFP)

This is the first of two commentaries exploring the issues and complexities in the South Asian region of Kashmir that has been a flashpoint between nuclear-rivals India and Pakistan for over six decades.

These are tense times along the India-Pakistan border.

The attack was seen as Pakistan’s response to India carrying out "surgical strikes" in "Pakistan occupied Kashmir." But India claimed it was destroying terror launch pads, which Pakistan has contested.

The one-upmanship began after a Sept. 18 attack on an Indian army base in Uri on the Indian side of Jammu and Kashmir where 19 soldiers died. It was one of the deadliest attacks in years.

Now the talk of the town is — will this continue and escalate?

The Indian government is not leaving anything to chance and has put its entire national security mechanism to use in the states bordering Pakistan.

The relationship between Hindu-majority India and Muslim-majority Pakistan has remained discordant over the past six decades — ever since the 1947 partition when the two countries were on religious lines created from British India — because of mutual apprehension and, at times, deliberately nurtured suspicions.

There are many reasons for the Indian army’s retaliation for the terror attack of Sept. 18 — which New Delhi claimed had been carried out by Jaish-e-Mohammad militants with aid and logistical support from the Pakistan army.

"The entire political class in India is behind the Indian army at this juncture," said Dharmendra Yadav, leader of the socialist Samajwadi Party. "But with regards to the political leadership of the government, their approval of the army’s actions is actually guided by the pressures of domestic politics."

Others tend to agree. Another senior parliamentarian, Sharad Yadav of Janata Dal United said that Prime Minister Narendra Modi had to act as he has created a hyper-expectant mood in the run-up to the 2014 parliamentary polls that saw him come to power. Modi even displayed his chest and said he would use all 142 cm of it to teach Pakistan a lesson.

However, "a number of efforts were made to reach out to the political leadership," said Shrikant Sharma, spokesman of Modi’s Bharatiya Janata Party.

"Modi even made unscheduled visit to Lahore to wish Sharif well on his birthday on Dec. 25 2015. But they reciprocated with terror strikes at Pathankot airbase and Uri army camp," Sharma said.

Many ruling ministers in the government have not hesitated to turn the army action on the Islamic terrorists as a personal victory for Modi — the grand suggestion being that the prime minister has emerged as a "politically decisive and stronger leader."

A rattled Pakistan has so far given mixed signals. Initially, they denied the "surgical strikes" and tried to give an impression that the Indian side was making a false claim.

On the other hand, Pakistan Prime Minister Nawaz Sharif asserted that, "Our desire for peace should not be taken as a sign of weakness."

In the overall emerging scenario, post-Uri attack and the surgical strikes, India has handled its cards well and has been able to corner Pakistan diplomatically.

Four South Asian Association for Regional Cooperation members — including Afghanistan, Bangladesh (both Islamic countries), Sri Lanka and Bhutan have decided to stay away from a summit scheduled to be hosted by Pakistan in November.

Among the global powers, the United States, United Kingdom and Russia have backed India’s actions against the terrorist hideouts.

Tension is only growing, rooted in an age-old antagonism and the Hindu-Muslim divide will be inherited over generations. 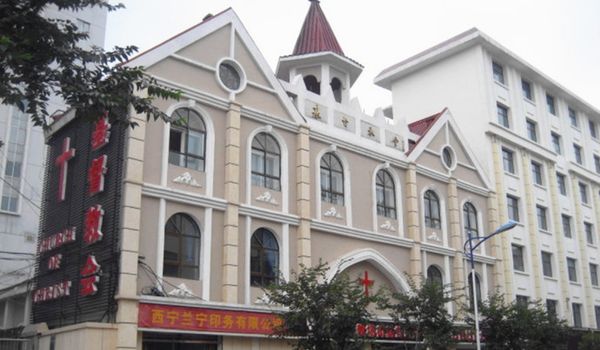