Ten killed after mountain collapse at China coal mine 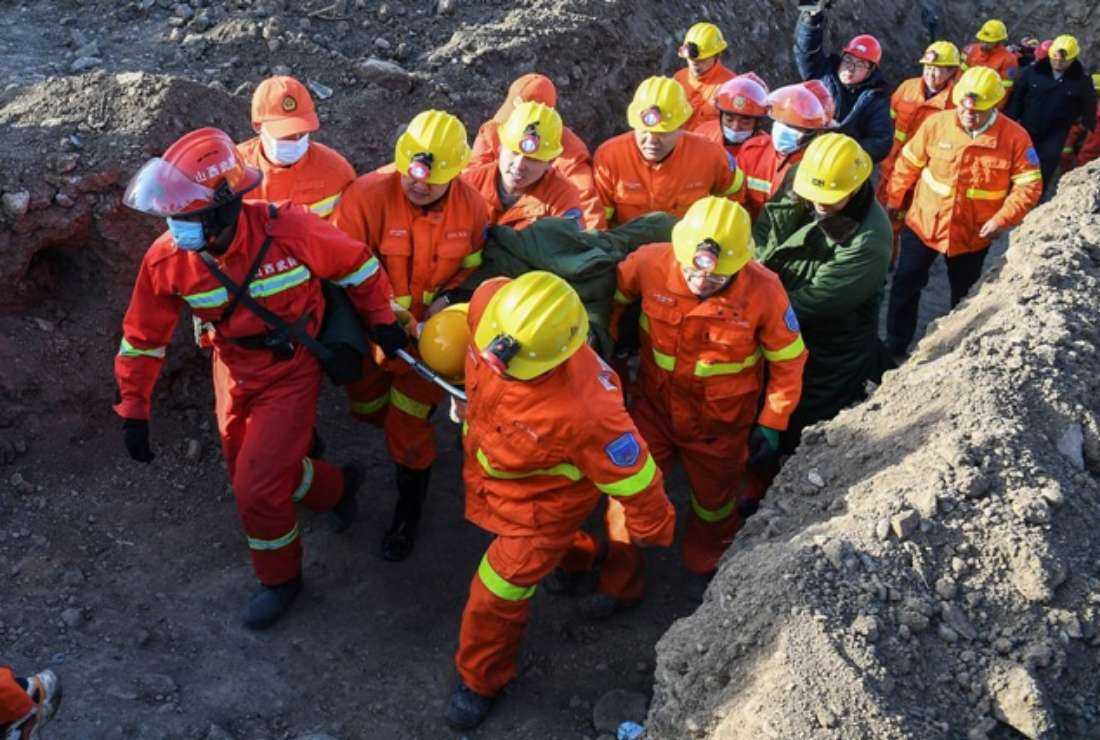 Members of a rescue team transfer a mine worker out of a flooded coal mine in Xiaoyi city, in northern China's Shanxi province on Dec. 17, 2021. (Photo: CNS / AFP)

Ten people were killed and seven injured Saturday after the collapse of a section of a mountain at a coal mine in China, state television channel CCTV reported.

The accident took place around 11:15 am local time (0315 GMT) in the northwestern province of Gansu, said CCTV, adding that rescue operations are now over.

Personnel were moving around the mining site in Baiyin city "when a mountainside collapse occurred" which "buried these employees as well as vehicles," said CCTV. A total of 17 people were trapped.

According to the final report Saturday evening after the discovery of the last body, "10 people died and seven were slightly injured", it said, quoting local authorities.

"An investigation is underway to determine the causes of the accident," CCTV said.

While little information was provided about the mining site Baiyin city -- which boasts terrain that is part mountain and part desert -- was originally established as a national copper mining base in the 1950s.

Mining accidents occur frequently in China, where the industry has a bad safety record and regulations are often poorly enforced.

Safety has improved in recent decades, however, as has the media coverage of major incidents, many of which were once overlooked.

But the sector remains dangerous and safety instructions are often lax, especially on the most rudimentary sites.

Last September, 19 miners stranded underground after the collapse of a coal mine in Qinghai province in the country's northwest were found dead after a long search.

Three months later in northern Shanxi province, hundreds of rescuers were dispatched to a flooded coal mine that left miners trapped. Twenty workers were rescued, and two bodies were recovered after a dramatic two-day operation.

Authorities in response have vowed to crack down on illegal digging operations which had spiked in the wake of price surges for the fossil fuel.

And earlier last year, 11 miners from a group of 22 were rescued from a collapsed mine in eastern Shandong province, after spending two weeks stranded hundreds of meters underground.

China relies on coal for around 60 percent of its electricity, and has asked domestic miners to increase capacity by 300 million tons this year.

The State Council, China's cabinet, in May announced 10 billion yuan ($1.5 billion) of investment in coal power generation, as producers were pressured to ramp up output before 2025, after which President Xi Jinping has vowed to phase down its use.