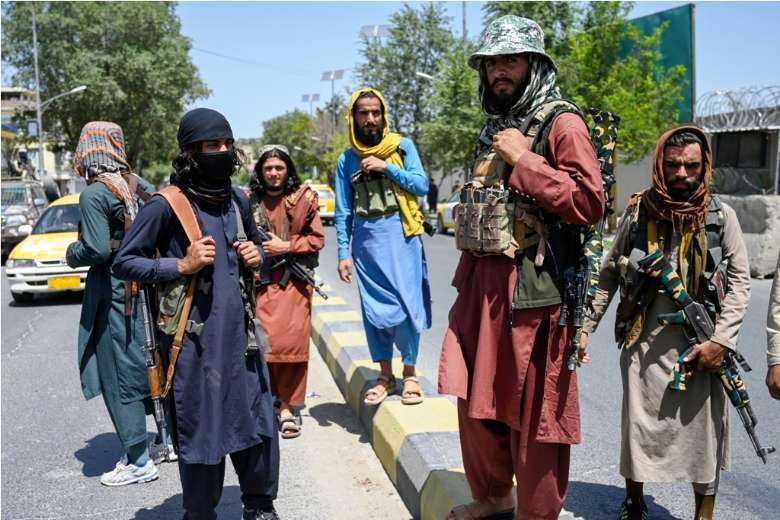 Church officials in Pakistan expressed mixed feelings as the process of the Taliban taking over Afghanistan after two decades appeared near certain.

“The Taliban retaking Kabul has many consequences for the Pakistani Church,” Camillian Father Mushtaq Anjum told UCA News on Aug. 16.

The extremist group's return will embolden fundamentalist forces in neighboring Pakistan. They would seek to avenge their losses of the past two decades and Pakistani Christians will suffer. There will be chaos, insecurity and misery in the aftermath of the Taliban’s rise in the region, he feared.

Human rights activists expressed similar concerns as a Taliban official announced its intention to declare the Islamic Emirate of Afghanistan from the presidential palace in Kabul. This was the name of the country under Taliban rule until they were ousted in 2001.

The same year, some 15 churchgoers were killed by gunmen at St. Dominic Church in Bahawalpur, 500 kilometers south of Islamabad.

“Many people here think they are hitting America when they hit the Christians,” said Father Bonnie Mendes, former executive secretary of the Catholic bishops’ National Commission for Justice and Peace.

They will enforce their brand of Islam within Pakistan and, as always is the case, Pakistani Christians will bear the brunt of it all

But he did not think the Taliban taking over Afghanistan will make a difference to the Church in Pakistan.

Father Anjum, though, predicted increased intolerance for non-Muslims including Christians. “Fundamentalism will rise. They will enforce their brand of Islam within Pakistan and, as always is the case, Pakistani Christians will bear the brunt of it all,” he added.

Last month, a YouTuber claimed that the Taliban had captured a Church of Pakistan building near the Torkham border crossing by forcing the pastor and other staff to vacate it.

The pastor of Landi Kotal Church with his pastoral team rejected the report.

In Karachi, at least 13 people including six women and three children were killed and several others injured in a grenade attack on a mini truck as the nation celebrated Independence Day on Aug. 14. Police confirmed it was a terrorist activity.