Taiwan to use its own name at new Lithuania office A motorcyclist rides past the Taoist Hsing Tien temple in Taipei on July 17. (Photo: Sam Yeh/AFP)

Taiwan will set up an office in Lithuania using its colloquial name in a significant diplomatic departure that is bound to rile China.

Its first diplomatic outpost in Europe in 18 years will be called the Taiwanese Representative Office in Lithuania, not the Taipei Office.

"Lithuania is a good partner for Taiwan who shares the same values for freedom and democracy," Wu said at a virtual briefing on July 20, adding both are on the "strategic front line of defending democratic systems."

The announcement is the latest in growing signs that some Baltic and central European countries are seeking closer relations with Taiwan, even if that results in angering China.

Beijing claims the island and has vowed to one day retake it — by force if needed.

The self-ruled democracy of some 23 million people, known officially as the Republic of China, is only recognized as a country by 15 other nations.

The Vatican is among the few nations that recognize Taiwan, and it maintains a representative office in Taipei.

China tries to keep Taipei isolated on the world stage and balks at any official use of the word "Taiwan" lest it lend the island a sense of international legitimacy.

But Taiwan maintains de facto diplomatic relations with dozens of nations through its Taipei Representative Offices. 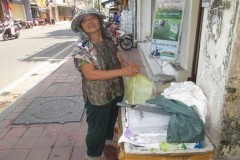 In May, Lithuania announced it was quitting China's 17+1 cooperation forum with central and eastern European states, calling it "divisive."

It has since pledged to donate 20,000 coronavirus vaccines to Taiwan and open its own representative office on the island.

Last week Slovakia also announced it was donating 10,000 vaccines to Taiwan, a gesture of thanks for some 700,000 masks Taipei sent the central European nation at the start of the pandemic.

Politicians in the Czech Republic have also pushed for closer ties with Taiwan.

In 2019, Prague canceled a sister city agreement with Beijing and signed one with Taipei, while a high-profile visit to Taiwan last year by Czech senate leader Milos Vystrcil infuriated China.

Beijing remains a major trade and diplomatic ally to many other nations in the region as well as a valuable source of coronavirus vaccines.

China cut official contacts with Taiwan and ramped up diplomatic pressure after the 2016 election of President Tsai Ing-wen.

Tsai, who won a landslide re-election last year, rejects Beijing's stance that the island is part of "one China" and instead views Taiwan as a de facto sovereign state.

Beijing has poached seven of Taipei's diplomatic allies since 2016 and kept it frozen out of international bodies such as the World Health Organization.

That office also used the word "Taiwan" but, unlike Lithuania, Somaliland is not recognized as a sovereign state by most nations.