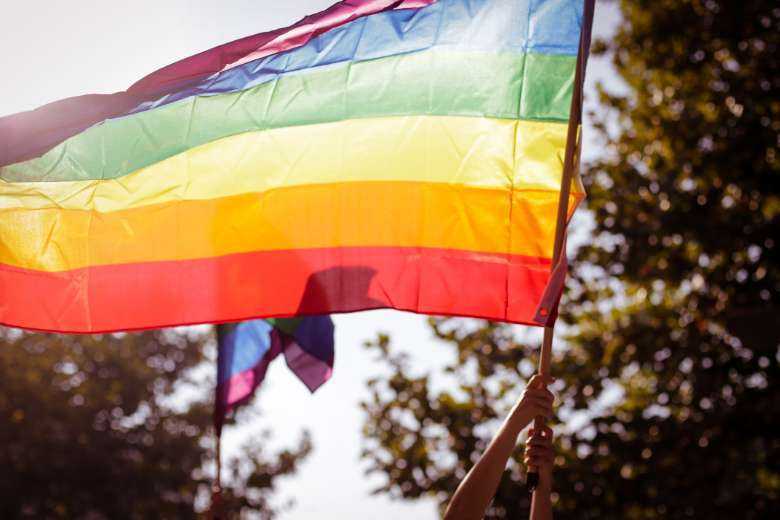 Taiwanese activists say a court decision allowing a married gay man to adopt his husband's non-biological child offered hope but they called for the government to grant adoption equality to all same-sex couples.

Taiwan is at the vanguard of the burgeoning LGBTQ rights movement in Asia and became the first place in the region to legalize marriage equality in 2019. But same-sex couples still face restrictions others do not. They can only adopt a partner's biological child and can only wed foreigners from countries where gay unions are also legal.

In the first favorable ruling of its kind in Taiwan, a family court in Kaohsiung city allowed a 34-year-old man to become the legal guardian of his spouse's daughter, who his husband adopted before they married.

The ruling, made public on Jan. 4 by activist groups after it went into effect, only applies to the couple.

But activists hope the decision will encourage other courts and local officials to follow suit and add to pressure on Taiwan's government to pass new legislation for full equality.

"I am happy that my spouse is also legally recognised as the father of our child ... but I can't feel all that happy without amending the law," Wang Chen-wei, one of the claimants, told AFP.

"It's really absurd that same-sex people can adopt a child when they are single but they can't after they get married," the 38-year-old added.

Wang said he and his partner Chen Jun-ru would like to adopt a second child, but would have to go through the entire court process again.

Activist Jennifer Lu said the ruling offers "a ray of hope" but she noted that Taiwan's courts are inconsistent on the matter — similar requests filed by two other same-sex couples were previously rejected.

"We hope the rulings serve as a reminder to government officials and lawmakers that the current unfair legal conditions need to be changed," said Lu, executive director for rights group Taiwan Equality Campaign.

The group has received enquiries from over 500 same-sex families interested in adopting non-biological children, she said.

Taiwan is home to a thriving LGBTQ community: a record 200,000 people attended a pride march in Taipei in 2019 to celebrate the legalisation of same-sex marriage. At least 6,000 same-sex couples have wed since then.

That law came about after Taiwan's top court ruled that denying same-sex couples the right to marry was discriminatory and unconstitutional.

But same-sex marriage proved deeply divisive and the law contained restrictions that conservatives pushed for.

In May, a Taiwanese-Macanese gay couple won a similar court ruling that allowed them to wed even though Macau does not recognise gay marriage. But like the adoption ruling, it only applies to their individual case.