It's difficult and disturbing to face the realities of a wounded and imperfect Church, says Cardinal Advincula 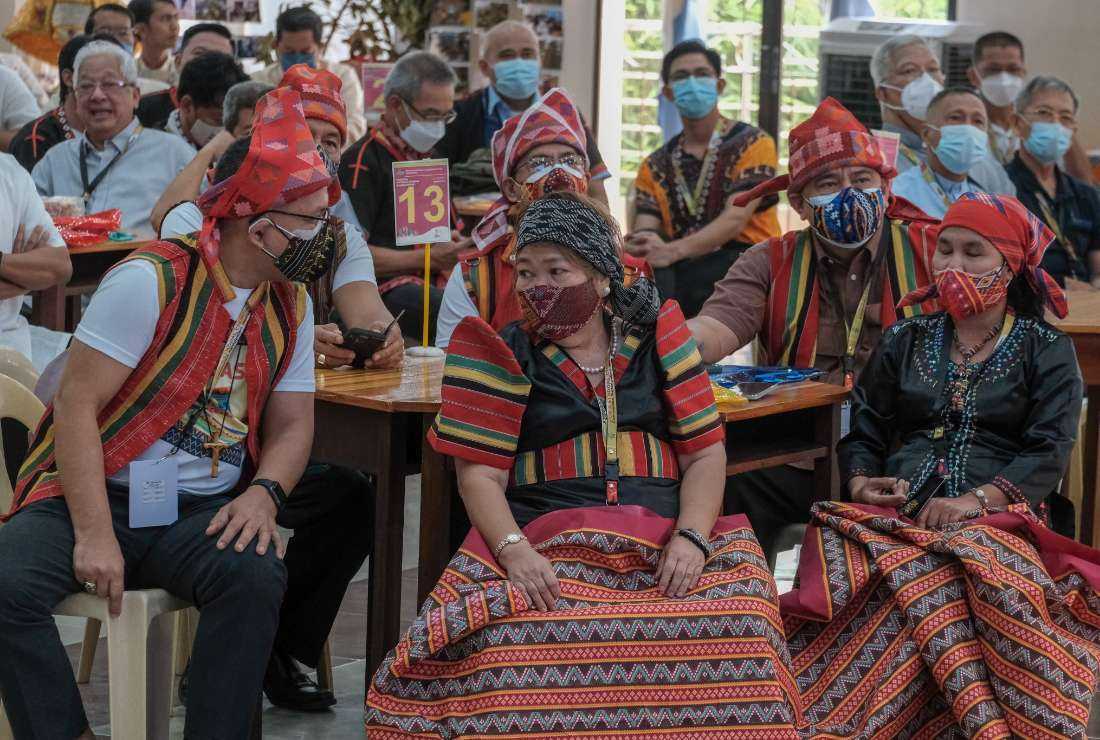 About 200 Catholic bishops and clergy have joined laypeople from various dioceses for a national synodal consultation in the Philippines that seeks among other things to reduce widening socio-economic inequalities.

The National Synodal Consultation in Tagaytay City in Cavite province, south of the capital Manila runs from July 4-7. During the meeting, clergy and laypeople were expected to address the concerns of the Catholic Church in modern times.

Pope Francis has declared a Synod on Synodality, a two-year process of global consultation that seeks to listen and dialogue with Catholics in dioceses across the world. The synodal process will conclude during the Synod of Bishops in Rome in October 2023.

The Vatican has set Aug. 15, 2022, as the deadline for the submission of national synthesis from Catholic bishops’ conferences all over the world.

Bishop Pablo Virgilio David of Kalookan, president of the Filipino bishops’ conference, said the synod has allowed clergymen and Catholic faithful to identify the things that divide the Catholic Church in the Philippines, such as “indifference to the poor and the needy.”

“This synod has allowed us to name the many chasms or gaps that have kept us apart in the very unequal societies that we have built in this modern world. The good news is the gaps … described as unbridgeable can now be crossed by our greatest bridge-builder [Jesus Christ],” said Bishop David in his opening reflection on July 4.

"They have voiced their hurt and frustrations about sins, abuses, and failures in the Church"

He said that the goal of their meeting was “clear and simple” — to respond to the invitation of Pope Francis to grow into a more synodal church, by learning to walk with the Risen Lord on the way to the Kingdom of God.

“These are three of the things that we will have to confront courageously as a local Philippine Church in this synod: our FEARS, our WOUNDS, and our BLINDERS,” Bishop David added.

Cardinal Jose Advincula, archbishop of Manila, shared the “hurt feelings” of his parishioners towards the Church itself and its ministers for their purported silence in the face of injustice.

“Our people have narrated their experiences, and they have voiced their hurt and frustrations about sins, abuses, and failures in the Church, especially among us her ministers and leaders,” said Cardinal Advincula during the meeting.

“It is indeed difficult and disturbing to come face-to-face with the reality of a wounded and imperfect Church. In the midst of these, it is sometimes very tempting to think that the Church is dying, if not dead,” he added.

“In the Church, there are those that choose not to speak despite the obvious evils in society"

Research shows the Catholic-majority nation has one of the highest rates of poverty and income inequalities in the world.

The Philippines Statistics Authority reported that poverty jumped to 23.7 percent in 2021 from 21.1 percent in 2018 as lower-income people were hit hard during the pandemic.

Meanwhile, the Tokyo-based Asian Development Bank Institute reported that during the pandemic the income gap between the poor and the rich in the Philippines widened further and the poor suffered 40 percent more financial difficulties than the rich.

The Philippines has suffered human rights setbacks during the regime of former President Rodrigo Duterte, especially during his deadly anti-drug war that left thousands killed. More than 7,000 drug suspects were gunned down in three cities under Manila Archdiocese alone, according to police figures. Rights groups give much higher figures.

Catholic leaders like Bishop Broderick Pabillo, a staunch Duterte critic, lamented that Church leaders are supposed to be vigilant watchdogs against social evils, but many have “lost the courage to bark.”

“In the Church, there are those that choose not to speak despite the obvious evils in society. Sad to say, we, Church leaders, take refuge in silence. We are like watchdogs who have lost the courage to at least bark,” Bishop Pabillo said in 2021.

Rafael Cruz, a participant from Manila, said he was able to confront the realities in the Church particularly the perceived apathy of clergymen in addressing injustice and poverty.

“At first, I was hesitant to join the synod because I know they [clergymen] would just do whatever they want at the end of any meeting. I look up to some bishops who are fighting for the causes of the poor. I hope many of them will hear our cries,” Cruz told UCA News.