The ecclesial processes of renewal are a synodal fact, and the protagonist is the people of God 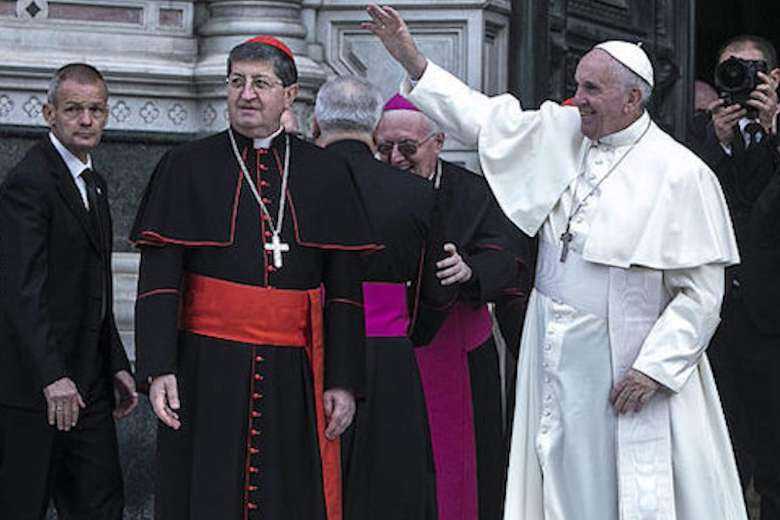 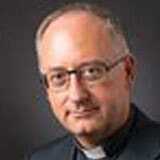 From May 24-27, the Italian Episcopal Conference held its 74th General Assembly. Pope Francis opened it with a prayer and a dialogue with the bishops present. The work of the assembly, under the guidance of Cardinal Gualtiero Bassetti, focused on the theme “Proclaiming the Gospel in a time of rebirth. Starting a synodal journey.” In his introduction Cardinal Bassetti defined this journey as “a necessary process that will allow our churches in Italy to continue to adopt a better style of presence in history that is credible and reliable.”

The pontiff urged the bishops to take up the challenge proposed at the Florence Ecclesial Convention, and to improve a path that starts from below and puts the people of God at the center. He has always complained of a certain “amnesia” regarding the directions he gave during his speech to the bishops in the Tuscan capital on Nov. 10, 2015. Clearly, the overlap between the calling of the Synod of the Universal Church — about which we will speak later — and the start of the synodal path of the Italian Church will be a unique opportunity to harmonize these paths.

The General Assembly then voted on the following motion: “The Italian bishops should initiate, with this assembly, the synodal journey as indicated by Pope Francis and proposed in a first draft of the Charter of Intent presented to the Holy Father.” The Permanent Council of the Italian Episcopal Conference will establish a working group to harmonize its themes, timetable and forms.

The measured words of the motion summarize and relaunch a debate that has lasted six years. It was the pope who opened the debate in Florence, suggesting the synodal method: “The nation is not a museum, but is a collective work under permanent construction in which the very things that differentiate, including political or religious affiliations, are to be shared,” Francis said. “I like a restless Italian Church,” he added, “ever closer to the abandoned, the forgotten, the imperfect.”

Everything remained under the radar. At the beginning of 2019, our magazine relaunched the proposal for a national synod as it seemed to us the surest way to point out to everyone, the path best able to help us read today’s history in depth. The synodal process is in fact a privileged place of discernment, where, if the Holy Spirit is in action — as Francis said — “he kicks the table, throws it away and begins again.” So here is the question: Do we not feel the need for a kick from the Spirit today, if only to wake us up from our torpor …?

Our proposal was followed by authoritative interventions from bishops in L’Osservatore Romano, Avvenire, Corriere della Sera, and by theologians and scholars in Famiglia Cristiana, Il Regno and other sections of the Catholic and secular press, which, in general, fed the debate. Father Bartolomeo Sorge and sociologist Giuseppe De Rita also intervened later on in La Civiltà Cattolica. “Synodality is a proposal that we feel we can and must adopt for a broken society like ours,” Cardinal Bassetti pointed out on April 1, 2019. The pontiff then effectively indicated the synodal path to the Italian Church, speaking to the bishops of the country the following May 20, 2019, opening the 73rd General Assembly of the Italian Episcopal Conference.

Finally, the method is clear: building on the fundamentals; community by community, diocese by diocese

On Jan. 21, the direction was updated. “Beyond emergencies,” Cardinal Bassetti said, “Italy must address the four ‘fractures’ (health, social issues, education and new poverty) that have injured it, with a fundamental ‘work of reconciliation.’”

On Jan. 30, Francis, in a speech in which he also firmly defended the Second Vatican Council (“Those who do not follow it are outside the Church”), relaunched the proposal in a decisive manner, stating: “The Italian Church must return to the Convention of Florence, and must begin a process of embracing a national synod, community by community, diocese by diocese: this process will also be a catechesis.” The context is clear: a meeting organized by the Italian bishops. The message is clear: the Italian Church must begin a national synod process. Finally, the method is clear: building on the fundamentals; community by community, diocese by diocese. “The time is now,” Francis proclaimed.

A “work of reconciliation” with the reality and history — even the recent history — of our country is necessary. This involves rethinking a “style of presence” of the Italian Church in the history and life of the country, aware of the fact that “the Church is the heart of God that beats in history” (Bishop Aldo Del Monte).

Francis’ words to the Roman Curia on Dec. 21, 2019, should guide discernment: “We are not in Christendom, not anymore! Today we are no longer the only ones producing culture, neither the first, nor the most listened to. We therefore need a change in pastoral mentality.” Therefore, it is also necessary to discern the internal dynamics of the Italian Church itself, particularly “clericalism.”

The Synod is an open sea, and we — Francis said in the midst of the pandemic — “are all in the same boat.”

Today, believers are called to row with everyone, and to do so with the awareness that they are also citizens. This is also a real cultural challenge, which is much more than a project. It will be necessary, therefore, to talk about the proclamation of the Gospel and its difficulties in a world changed by the pandemic, by mobile, fluid, rapidly changing, plural lifestyles, by the “alternative” truths of social networks and by so many other changes.

The ecclesial processes of renewal are a synodal fact, and the protagonist is the people of God. The Italian Church needs to find itself in a synodal state. The request for a “synod from below” has already set in motion reflection, discussions, and the involvement of communities and some dioceses. The method of the Synod is neither more nor less than the very way the Church exists.

In this sense, we can return to the final considerations that Father Bartolomeo Sorge expressed at the Ecclesial Convention of 1976, which are recorded in the Acts. After affirming that “the pastoral response of the Italian Church can no longer be entrusted to the drawing up of a document,” he expressed the need to “give life to permanent structures of consultation and collaboration between bishops, representatives of the various components of the ecclesial communities and experts from all the movements of Christian inspiration working in Italy.”

Father Sorge intended to indicate the way of proceeding that today Francis defines as “people and pastors together.” In fact, Father Sorge continued, “it is urgent to offer our ecclesial community a place of encounter, dialogue, analysis and initiative that ... overcomes at the root the unacceptable division between ‘institutional Church’ and ‘real Church,’” and that division is also the risk of today. At the time, the proposal was not followed through. Today, the conditions are in place to take up that idea. And we know that the fruits of the synodal journey will come through the grace of the Holy Spirit. The Synod, at last!

This article was first published in La Civilta Cattolica here 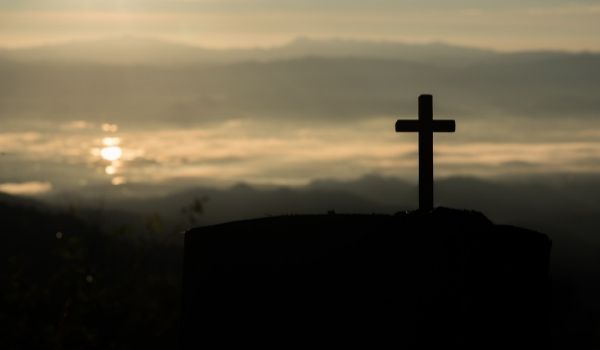