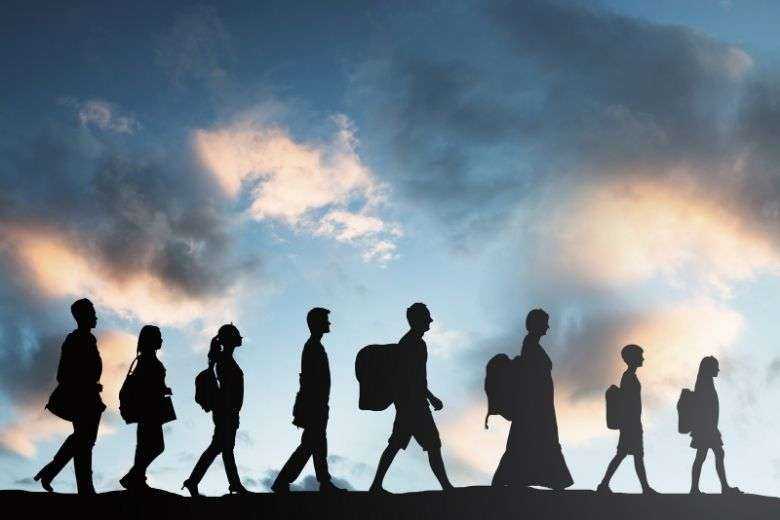 The Swedish government in early April pushed forward a bill that would make permanent several temporary measures that were adopted in the wake of the 2015 migrant crisis.

Refugees and asylum seekers who arrived in Sweden hoping to build a better life now find themselves in a precarious situation as the country considers new migration policies that threaten their legal status.

The Swedish government in early April pushed forward a bill that would make permanent several temporary measures that were adopted in the wake of the 2015 migrant crisis, which saw more than 160,000 refugees, primarily from Syria, enter the country.

After the three-year period, they could apply for permanent residency, but the eligibility requirements have been tightened to include knowledge of the Swedish language and culture as well as proof of sufficient income to support not only themselves, but also family members that wish to apply for family reunification.

People seeking to remain in the country for other reasons, such as hospital treatment or other grounds, would be granted a 13-month residency permit.

The changes, which are expected to be submitted to parliament in May, would come into effect in July. If passed, Sweden's immigration policy would be among the most restrictive in Europe, a marked change for Sweden, which Pope Francis once praised as among the most welcoming in Europe.

"Sweden has a long tradition of welcoming others. Not only accepting them, but integrating them, finding them housing, schools, employment; integrating them into the population," the pope told journalists in 2016 during his return flight following a two-day visit to the Nordic country.

George Joseph, head of Caritas Sweden, told Catholic News Service April 12 that the politicization of the migration issue is a "worrying tendency," both in Sweden and across the continent.

"Sweden used to be very decent," he said; in the past, political discourse included "hardly any populistic debate but that has changed very much."

"Sweden has a long tradition of defending and protecting people who have been the most disadvantaged," he said. "We would like to see Sweden continue with that tradition of being generous toward refugees, because everywhere, everyone is closing their borders."

According to a Swedish government report updated in mid-March, one in five people in Sweden were born in another country. In 2015, the largest groups of immigrants came from Syria, Afghanistan and Iraq; "this makes for a change since usually most people moving to Sweden are actually returning Swedes," the report said.

In the wake of the proposed migration bill, churches, religious organizations, charities and aid groups, including the Church of Sweden and Caritas Sweden, co-signed an editorial March 28 in the Swedish newspaper Svenska Dagbladet criticizing the restrictive policies and their effect on refugees.

Among their concerns is the possibility that young migrants and refugees who were reunited with their families in Sweden could be expelled after the age of 18 because more serious humanitarian reasons -- not just family reunification -- are required for adults to obtain a residency permit. The editorial urged the government to add to the bill additional safeguards on humanitarian grounds.

Anna Karlgren, migration adviser for the Church of Sweden, told CNS April 12 that the proposed legislation was "not good for Sweden; it's not good for integration."

"It's a signal to the outside world, to refugees, 'If you come here, you will only get a temporary permit.' In Sweden, we call it 'signal politik,'" literally a policy meant to send a signal or message, she said.

The proposed legislation, she added, is "the opposite of welcoming" as the political debates surrounding migration in the Sweden increasingly shift toward discouraging refugees from staying permanently in the country.

"I think the political debate is more dehumanizing than the actual proposal," she said.

She also expressed concern about the 13-month temporary residency, especially the negative consequences for those seeking long-term medical treatment in the country.

"You need to have a quite serious illness in order to get a permit on humanitarian grounds," Karlgren explained. "If you get a little bit better, you might not get it renewed. So, it creates very strange situations for the individual person where the prospect of getting better or healthier might lead you to being deported."

In general, she added, temporary residence permits would keep refugees in the country "living in a constant process of renewal and uncertainty."

Karlgren told CNS that despite the challenges, the Church of Sweden and other religious and secular organizations continue to work to protect refugees and ensure that families remain together.

"The proposal has some good things. I mean, it's not good, but it's a little bit better than we thought before," she said. "I think that in large part it is due to organizations like the Church of Sweden, Caritas Sweden, the Swedish Red Cross and (others) who have been fighting for the rights of children" and their families.