As religiosity increases, many Indians have never entered a mosque or temple 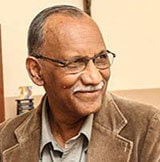 A large idol of the Hindu god Ganesh at the Ganeshtok temple in Gangtok, Sikkim, India. Lord Ganesh is considered good luck and the remover of obstacles in the Hindu religion. (Photo: AFP)

The Pew Research survey "Religion in India: Tolerance and Segregation," based on nearly 30,000 face-to-face interviews and conducted in 17 languages between late 2019 and early 2020, identifies several major attitudes and dispositions among the different religious communities in India.

Some of the results are not surprising, but many of them are. The survey therefore has attracted a lot of comment and criticisms. This is one of them.

Some 64 percent of all respondents say that to be truly Indian it is very important to be a Hindu, while 53 percent believe that speaking Hindi is essential to the national identity. No surprise then that most of these come from northern India and voted for the Bharatiya Janata Party (BJP) in the last election.

“Indians see religious tolerance as a central part of who they are as a nation. Across the major religious groups, most people say it is very important to respect all religions to be truly Indian. And tolerance is a religious as well as civic value: Indians are united in the view that respecting other religions is a very important part of what it means to be a member of their own religious community,” the survey states.

The above conclusion raises intriguing questions: What then should we make of the recent persecution of tribal Christians or the lynching of poor Muslims and Dalits?

Inasmuch as such events have been instigated and promoted by Hindutvavadi groups, it tells us two things: firstly, that the divisive ideology of Hindutva is not part of the ethos of this land, and its roots must be found rather in the fascist ideologies of Europe of the 1930s.

Secondly, and more seriously, has Hindutva and its divisive worldview spread so widely in this country as to corrupt its accommodative nature? Or are such events only the actions of a small and brazen minority?

At the same time, all religious groups in India are inherently conservative and adamantly against conversion — love jihad, forced conversions — be they Hindus, Muslims, Christians, Sikhs, Parsis or Jains.

India practices what may be called “segmented toleration” — you are tolerated provided you know your place and keep to it. No intermingling, whether of religion or caste, is tolerated, especially for womenfolk and Dalits wanting to change their faith. Such attempts are opposed with violence, even to the extent of murder.

Against this conservative view, we may posit the demographic changes taking place in our larger cities, where interfaith and inter-caste marriages are slowly on the increase despite violent prohibition. 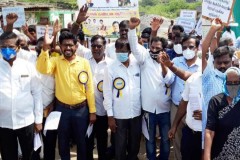 And in the vanguard are Indian women of all religious persuasions. For many of them, it is one more battle against religious patriarchy.

Commenting on the survey in The Indian Express, Pratap Bhanu Mehta observes astutely that in every segmented society, discrimination is not an issue, since exclusion is the accepted norm. This is why few Muslim and Hindu respondents complain of discrimination.

For discrimination to become a social issue, there should be the sharing of the same space or competing for the same rights.

For it is quite possible for an exclusionary society to think that it does not discriminate. And much of Indian society has not even progressed from exclusion to discrimination.

Finally, the Pew survey notes that 97 percent of all Indians believe in God. This is astonishing when you consider that most societies across the world are rapidly secularizing — that is, becoming less religious as their economic level rises.

The unique exception to this trend is India, where religiosity has increased irrespective of education or class.

This is perplexing as many respondents insisted that they were religious in spite of never entering a mosque or temple. Instead they defined religion entirely by their dietary habits — abstention from beef or pork. It is this alone which made them “good” Muslims or Hindus.

In other words, the religious character of most Indians is not defined by rituals of worship, nor even by benevolence towards fellow Indians. Rather, it is superstitious at best, hidebound in segregation and infected with the conceit that “we are the best,” no matter how glaringly wretched their reality is.

Bhanu Mehta sums it up eloquently: “We are a religious country, ideologically committed to diversity but exclusionary and segmented in our tolerance. Where individual freedom has less and less support, where authoritarianism is a constant temptation, and where the benchmarks of national identity are drawn more and more from Hindutva.”

But the world outside the petty Hindutva universe is changing rapidly.

For all their obsession with religiosity, Indians today grapple with a collapsing economy, the incompetence of their government, a pandemic which has killed millions and global climate change which may well destroy the planet.

Every passing day reveals how unprepared we are to face the crises of our times. In circumstances like these, what does the veneer of religiosity, the culture of our land, matter after all?