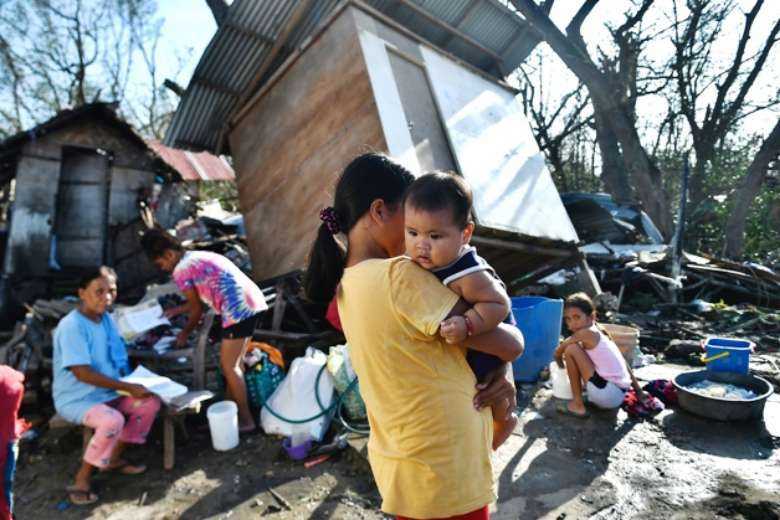 Residents gather next to their destroyed house on Dec. 18, days after Super Typhoon Rai hit Carcar in Cebu province of the Philippines. (Photo: AFP)

Super Typhoon Rai has claimed 208 lives since making landfall in the Visayas and Mindanao region, Philippine authorities have announced.

“We now have 208 dead and 52 are still missing. As relief efforts continued following one of the deadliest typhoons to have struck Southeast Asia, we have mobilized all police forces to help the local governments in the region to find the 52 missing individuals,” police spokesman Roderick Alba told the media on Dec. 20.

Alba said aid distribution was hampered by broken communication and power lines, which would take at least two weeks to be restored.

There’s help coming in from other regions, especially from the private sector, but the problem that we have is the logistics. It’s a challenge how we can distribute aid because there is a total blackout [no electricity and cellphone signal] in the area,” he said.

Alba said they were relying on reports from the ground received after long hours.

Almost 2,500 people have sustained injuries mostly due to flying debris and flash floods while nearly 490,000 people were displaced from their homes.

They [victims] need shelter materials, food, water and medicines urgently. That is why we are appealing for your help

Rai made landfall on Dec. 16 beginning from Surigao del Norte province in Mindanao region to Southern Leyte in the Visayas region, then sweeping past the islands of Bohol, Cebu and Negros Oriental provinces, before it moved toward the South China Sea on Dec. 19, leaving billions of pesos worth of damage.

President Rodrigo Duterte has announced he would release 2 billion pesos (US$40 million) to provide food and basic services to the victims.

Meanwhile, the Catholic Church’s social arm Caritas has urged donations from parishioners in the spirit of the Yuletide season.

“May this season of giving offer us more opportunities to do consistent acts of Alay Kapwa [offering of oneself], especially during this time of need,” said Caritas in a Facebook announcement.

“They [victims] need shelter materials, food, water and medicines urgently. That is why we are appealing for your help,” Caritas priest Father Antonio Labiao told Radyo Veritas on Dec. 20.

He said the natural calamity will be a test of every Filipino Catholic’s generosity.

“We are sending this appeal to everyone. As we prepare for Christmas, let us not forget the Filipino families, especially children, who were affected by typhoon Odette,” Father Labiao said.

“Let us celebrate the birth of Christ through our kindness, compassion and generosity,” he added.