Still a long way to go for India’s Dalit people

In states like southern Tamil Nadu, Church and political leaders need to do more to end caste-based discrimination 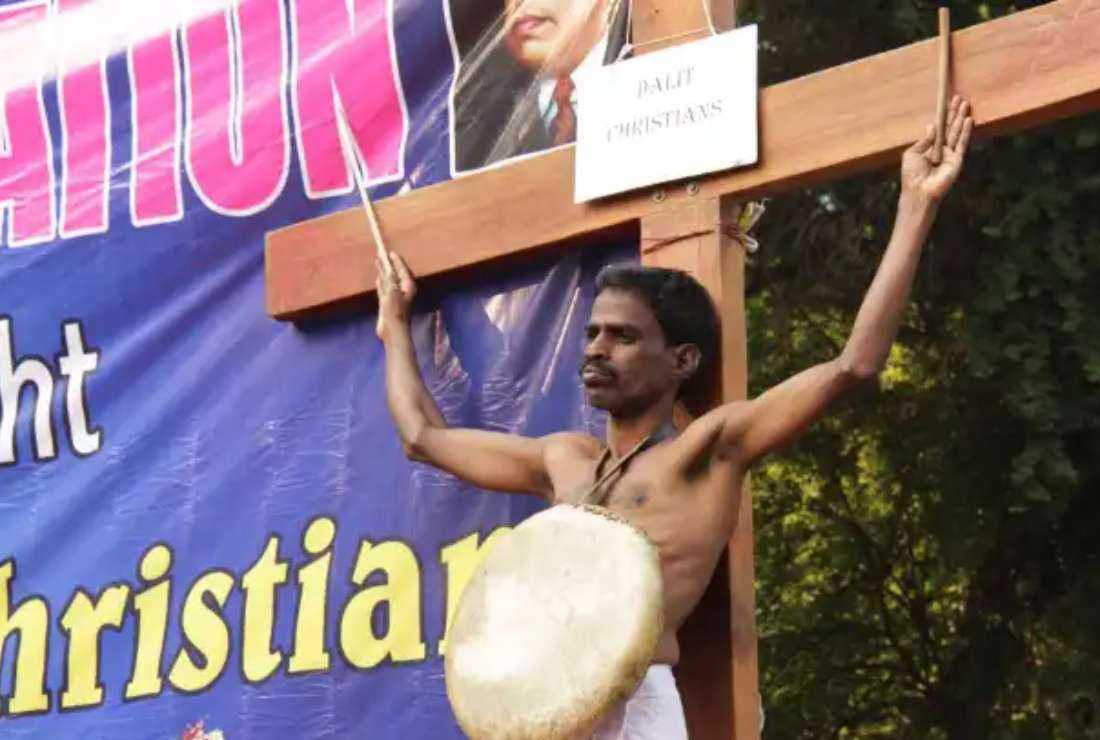 An Indian folk artist from southern Tamil Nadu state performs at a New Delhi demonstration on Dec. 4, 2018, demanding social benefits for Dalit people that are denied to them because of their Christian faith. (Photo: Bijay Kumar Minj/ UCAN) 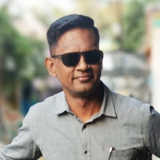 In the last week of December, a few people from Vengaivayal, a village in Pudukottai district of Tamil Nadu in southern India, were treated for upset stomachs and vomiting at the local government hospital. This continued for a week with more villagers reporting sick. When local authorities checked a drinking water tank, they found human excreta floating in it.

Revolting it may be for others, but for most Dalits in the southern state, this stomach-curling incident is not the first such experience. They have endured worse acts of discrimination at the hands of the landed, dominant castes.

Two more incidents were reported from other parts of Tamil Nadu the same week — Dalits were barred entry to a village Hindu temple and separate cups were used for serving tea to Dalits, an ignominious practice called “double-cup system.”

While the district administration and police officials intervened to allow Dalits inside the temple, in the second case the tea shop owner was arrested.

The three incidents are a taste of what Dalits experience daily in one of India’s most developed states. You can only imagine their plight in the other states. National Crime Records Bureau statistics indicate that violence against Dalits in Tamil Nadu and other parts of India is not isolated and has a continuous pattern.

Tamil Nadu Chief Minister M. K. Stalin, while speaking in the legislative assembly said the “detestable incidents in Vengaivayal village shows that caste discrimination and untouchability still exists in some pockets of society.”

"Even their shadow was unholy and polluting, hence they were not allowed on the main streets"

Dalits or former untouchables constitute 20 percent of an estimated 70 million people in the southern state. The word caste is believed to have been derived from the word “Casta” in Portuguese meaning clan or tribe.

The Portuguese were the first Westerners to arrive in India when Vasco da Gama landed at Calicut in Kerala in 1498, opening sea routes for other colonial powers. They encountered an iron-clad social hierarchy based on birth-based work and called it the caste system.

The oppressive system was derived from Manusmriti, the controversial ancient legal text said to be written by the sage Manu. Brahmins, the priest class, were born from the head of Lord Brahma, the creator of the Hindu pantheon. Kshatriyas, the warrior class, were born from his chest, Vaisyas, the business class, from his thighs, and the Sudras, the menial class, from his legs. However, the native word “Jati” is commonly used to denote each group.

The system, sanctioned and built upon Hindu religious texts, has been practiced for more than 2,000 years across India, with some exceptions.

Interestingly, Dalits are not even part of this caste equation as they are considered outside the four caste groups, making them “untouchable.” They mostly lived outside the villages and towns and were forced to do dirty menial jobs like scavenging. Even their shadow was unholy and polluting, hence they were not allowed on the main streets.

B. R. Ambedkar, the tallest leader of Dalits and one of the architects of the Indian Constitution, in his book, Annihilation of Caste, declared that “caste is a notion; it is a state of mind…” He urged his followers to leave Hinduism and along with close to 356,000 converted to Buddhism on Oct. 14, 1956.

But after his death two months after the conversion, the concept of renouncing Hinduism slowly lost steam, leaving millions of Dalits within the Hindu fold to suffer the ignominy that comes with their caste status.

Tamil Nadu is considered an ancient civilization with Tamil, one of the oldest spoken languages, quite distinct from northern India. It did not have a rigid caste system until the 10th century AD when Brahmins began to dominate and imposed a strict caste hierarchy.

Interestingly, the Dalits are more oppressed by the landed backward castes than by upper castes. Over the years, more than a dozen Dalit men have been murdered for being in a relationship or marrying outside their social grouping. These murders are called “honor killings” by social observers and critics.

"Social and political observers are worried that social media, especially WhatsApp, and divisive political leadership are reversing the progress achieved so far"

In Tamil Nadu, a rationalist, atheistic socio-political movement called the Dravidian movement in the 1930s called for equal treatment of all castes and gave the call for giving up caste-based surnames while promoting inter-caste marriages and temple entry for Dalits.

Two political offshoots of the Dravidian movement have been in power in the state since 1967. They have launched various schemes to alleviate the injustices and end the suffering of Dalits. Their inclusive policies, especially reservations in educational institutions and government employment, have uplifted millions of Dalits over the years.

But the caste system is still thriving. Social and political observers are worried that social media, especially WhatsApp, and divisive political leadership are reversing the progress achieved so far. Fake information and messages glorifying caste identities are widely circulating, vitiating the atmosphere.

Tamil Nadu has reported the highest percentage among all Indian states of arranging marriages within the same caste and even close relations. It points to a vice-like grip of the caste system.

Christian Dalits are in no better state than their Hindu cousins in the state.

Many thousands of Christian Dalits prefer to keep their faith a secret. As per existing laws, Christian Dalits do not enjoy the same privileges afforded to Hindu Dalits in education and employment.

Within the Catholic Church, they have a negligible presence in leadership despite their huge numbers. There have been instances of Dalit Catholics being allotted separate graveyards, and till a few years ago, were made to sit separately in many churches.

The open and hidden violence perpetrated against Dalits by the other castes is nauseating and keeps evolving, making it harder to break the vicious cycle of hate and prejudice.

It is undeniable that great progress has been made in states like Tamil Nadu, but there is still a lot more to be done. It is up to political and Church leaders to do more in their spheres of influence.

Till every single Dalit in the state is treated with the dignity and respect that they deserve as humans, the fight to end caste oppression will continue and everyone needs to be a part of it.

We have just started and there is still a long way to go for ordinary Dalits.

*Based in Chennai, southern India, N. Leo Samuel writes about religion, politics and social issues in India. A journalist for more than two decades, he is an assistant professor at the Department of Journalism and Communication of the University of Madras. The views expressed in this article are those of the author and do not necessarily reflect the official editorial position of UCA News.

DR MICHAEL GONSALVES
Who is this writer? I line would be in order to know his background.
Reply

JOHN MASCARENHAS
what does his background have to do with the article published? you either agree with him or disagree with him and give your the reason WHY. DO NOT PLAY THE MAN, PLAY THE BALL. 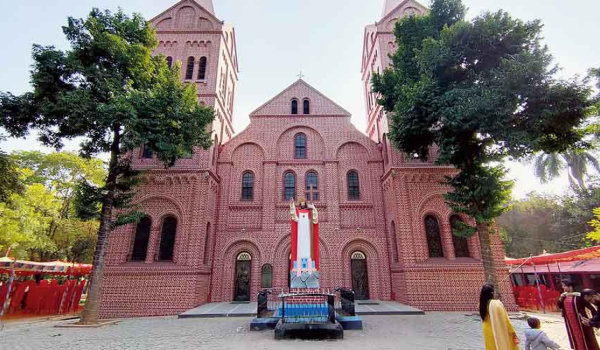