State-aligned Chinese Catholic organisations tell US to back off 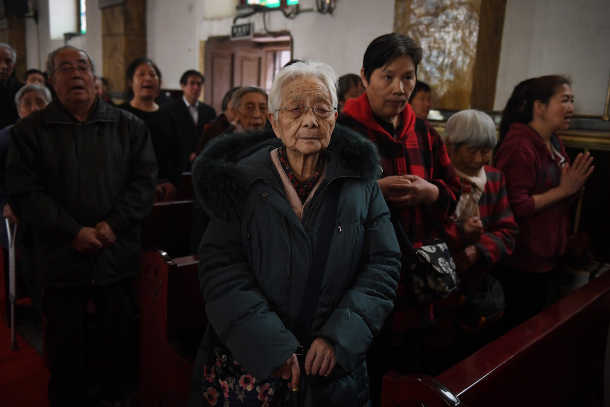 State-aligned Catholic bodies and other officially sanctioned religious organizations in China have criticized the United States for accusing the communist authorities of suppressing religious freedom.

The Chinese Catholic Patriotic Association (CPA) and the Bishops' Conference of the Catholic Church in China (BCCCC) July 20 condemned the U.S. Department of State's second 'Ministerial to Advance Religious Freedom’ as it "maliciously hyped” China's ethnic and religious policies.

The Ministerial gathering held in Washington July 16-18 was promoted as the largest religious freedom event in the world, bringing together 1,000 civil society and religious leaders from 106 nations.

It added that Catholics in China has achieved great progress in pastoral work and evangelization as had other religions.

It also advised the U.S. to stop using religion to interfere in China's internal affairs.

However, the statement was issued without any signature, nor mentioning a name of any CPA or BCCCC leader.

Meanwhile, the China Christian Council, China Islamic Association, China Buddhist Association and the China Daoist Association all issued statements condemning the U.S. attacks on China in the name of religious freedom. All of these organizations are officially recognized by the communist government.

Former Republican Congressman Frank Wolf told the Washington conference that religious persecution in China is currently the worst it has been for 30 years.

Examples, he said, include forcing Catholics to accept clergy appointed by the Chinese authorities and the mass detention of more than one million Uyghur and other Muslim minorities in the western region of Xinjiang.

U.S. Secretary of State Mike Pompeo announced at the conference that the U.S. was forming an 'International Religious Freedom Alliance'.

"For them, religious freedom is just a pretext and a tool to make slanders, undermine ethnic harmony and interfere in the internal affairs of other countries," the spokesman said.

A church member, who did not wish to be named, said that both CPA and BCCCC criticizing the U.S. would have been directly ordered by China's religious affairs bureau.

He told ucanews.com the U.S. angered the Chinese government by involving dissidents at the Washington gathering.