For the past two decades, Abdul Rehman has been telling stories of St. Thomas the Apostle’s visit to the Sirkap archeological site in Punjab province.

“Christian pilgrims, pastors, priests, foreign tourists and students of history are among the top visitors,” said the 47-year-old tour guide. “These also include many Muslims who claim to have had their prayers answered. However none of them will proclaim this publicly.”

Rehman is one of four staff members at the provincial Archeology Department stationed at Sirkap, second-century ruins in Taxila which belong to four different periods, including Pre-Greek, Greeks, Scythians and Parthians.

Taxila is known as the center of the ancient Buddhist kingdom of Ghandara (500 B.C. to A.D. 200) and archeologists have uncovered the site of several Buddhist monasteries at Sirkap, which also contains temples belonging to Jainism, Hinduism and Zoroastrians. The high throne of the St. Thomas site in Taxila. (Photo by Kamran Chaudhry)

According to tradition, St. Thomas passed through Taxila on his way to India and preached at the court of King Gondophares. An early third-century Syriac work known as the Acts of Thomas, discovered in 1822 in Syria, says the king gave some money to the saint and ordered him to build a royal palace.

St. Thomas, however, gave out all of the money in alms and when the king discovered his disobedience, he ordered that the saint be burnt alive.

Meanwhile, the king’s brother, Gad, died and then miraculously came back to life, whereupon he recounted that in heaven he had seen a palace built for Gondophares by St. Thomas. The king pardoned the saint and converted to Christianity, along with the people of the capital.

Sirkap is protected under the Antiquities Act 1975, passed by the Pakistani parliament, and listed as a UNESCO World Heritage Site.

In 1935, a farmer tilling a field outside the ruins found a cross, which was later presented to the Anglican Bishop of Lahore. The famous “Taxila Cross” is now kept framed at the Cathedral Church of the Resurrection in Punjab’s capital city.

Sirkap is also a major pilgrimage site for Pakistani Christians — thousands celebrate the feats of St. Thomas on July 3 at Sirkap, where they pray and light candles at the three-feet-high throne. Baptisms are also held for infants and adults at two separate places around the throne.

One legend has it that St. Thomas himself constructed the throne and Rehman believes he preached here for 40 years. “He was one of the hawaris (sincere companions) of the prophet Isa, who we also respect,” he said.

Despite that legend, Taxila was declared one of the most endangered sacred sites in Asia in 2012 by the Global Heritage Fund, which promotes the preservation of historic architectural sites around the world. Local authorities say funding is a major challenge in preserving it.

“Four of our colleagues were fired earlier this year. We try our best to keep the site clean by cutting wild grass, removing plastic bags and emptying water bottles, as well as providing security,” said Rehman.

Watch this ucanews.com video by reporter Kamran Chaudhry below:

Renovation of the site was one of the main agendas of a July 4 meeting of a delegation from the Pakistan Catholic Bishops Conference (PCBC) with Prime Minister Imran Khan.

The PCBC president, Archbishop Joseph Arshad, offered to construct a shrine and pay property taxes in exchange for church custody of the plot. Khan promised to raise the issue in his cabinet.

Punjab’s Minister for Human Rights and Minority Affairs, Ejaz Alam Augustine, welcomes the construction of a chapel and park at Sirkap.

“The project, commencing this October, will strengthen the community and save our heritage,” he announced at a minority day program on Aug. 17 in Lahore. “The Prime Minister is very interested in boosting religious tourism. We shall also adopt two Christian slums in Punjab and Sindh and turn them into model colonies beginning with Youhanabad, the largest Christian settlement in Pakistan.”

Shahid P. Meraj, dean of the Anglican Cathedral Church of the Resurrection in Lahore, was grateful for this “gift from government.”

“Many church historians talk about Christianity in Pakistan only from the missionaries in Punjab’s Mughal courts around 1597 and later with the arrival of British rulers of India in the 18th and 19th centuries,” he said. “But the seed of faith was actually planted in our region from the times of the Apostles. We are not imported — we are the actual heirs.”

Despite its legendary reputation and preserved status, Sirkap fails to draw large crowds of devotees, with some attributing that its underrated status as a pilgrimage site is due to its doubtful significance.

“Christians who celebrate the great age of Christianity in Punjab don’t know that the cross was not a symbol of worship in the first century A.D., when St. Thomas lived,” declared Wajid Bhatti and Farhan Riaz, two scholars at the Taxila Institute of Asian Civilizations, a constituent institute of Islamabad-based Quaid-i-Azam University, in a research paper.

“The second-century Christian teacher Clement of Alexandria identified only a dove, a fish and a ship for [symbols of] Christian beliefs," they wrote.

“Moreover we found a difference of opinions among theologians, historians and archaeologist regarding St. Thomas in Taxila.”

Reverend Meraj disagrees. “There is much evidence in support of our patron saint and the first church of the sub-continent in Sirkap,” he said. “Divided opinions have distracted church leaders from focusing on the site. It is time to go back to our roots and enrich the faith of coming generations.” 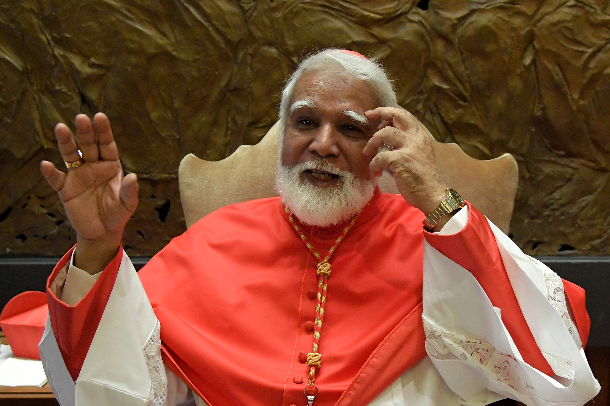 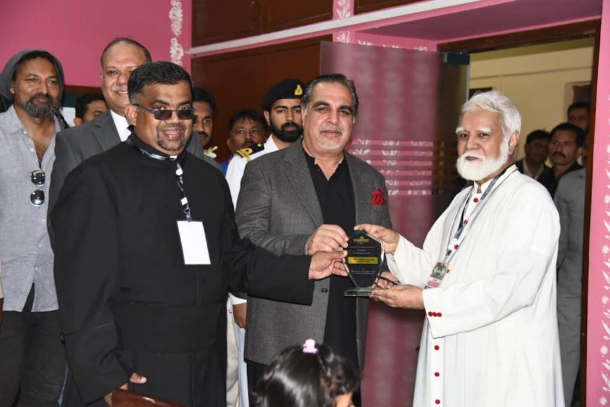