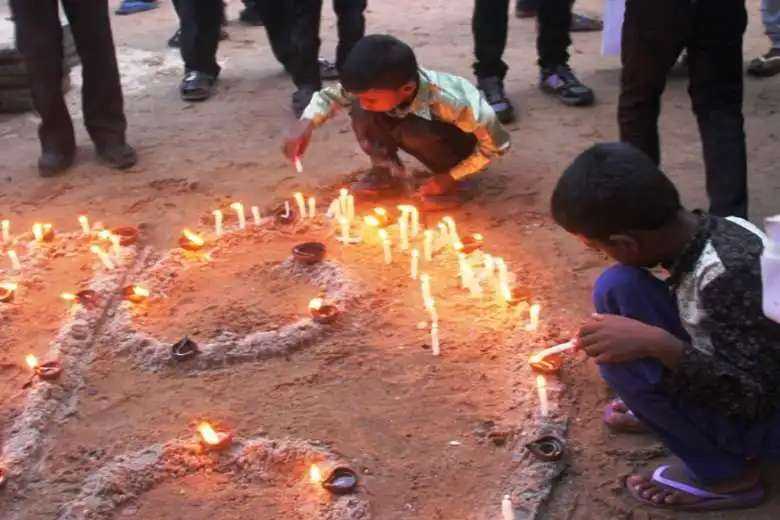 Ethnic minority Tamil people in Sri Lanka continue to demand justice for thousands of people massacred in the three-decades-long civil war that officially ended 13 years ago.

Prayers and calls for justice marked the 13th remembrance day on May 18. The day remembers the government declaring the end of the civil war on that day in 2009 after the military shot dead Velupillai Prabhakaran, the leader of separatist outfit, Liberation of Tamil Tigers Ealam (LTTE).

Surin Alphonsus, an ethnic Tamil and rights defender, said people in largely Tamil-inhabited north marked the day by joining religious observances for those missing and killed.

"Thirteen years have passed but there is still no information about the missing and no justice for them," said Alphonsus.

He urged the government to release all political prisoners and immediate disposal of information on abductions and disappearances during and after the war, and the repeal of the draconian Prevention of Terrorism Act (PTA).

Alphonsus said successive governments, including the present one, have exploited the PTA to take revenge on their political rivals and rights defenders.

The call for justice comes as embattled President Gotabaya Rajapaksa and his brother former Prime Minister Mahinda Rajapaksa struggle to survive in the political spectrum amid the nation’s worst economic crisis.

At the fag end of the war in 2009, Mahinda led the country as its president and Gotabaya as the secretary of defense. Until recently, they had been hailed as heroes by the Sinhala Buddhist majority for defeating Tamil separatists' fight for a separate homeland.

At least 100,000 people were killed and thousands went missing including journalists and rights defenders, researchers and rights groups say. The United Nations said at least 40,000 were killed during final days of the war.

According to Church sources, at least 10 priests were killed and three went missing during the war.

Both sides were accused of serious human rights violations during the conflict.

The once-powerful leaders face existential political crisis due to nationwide protests stemming from suffering of people from severe economic adversities despite a state of emergency.

Mahina has resigned from the post of prime minister on May 9, and protesters are pressing hard for resignation of Gotabaya.

A Tamil Catholic priest said that the government has banned many commemoration ceremonies over the past few years allegedly over reports from Indian intelligence services about a possible attack by Tamil insurgents.

"For the past several years we have been urging the government and the international community to ensure justice, but we have still not received a positive response," the priest said on condition of anonymity.

Jayani Abeysekera, convener of rights group, the Radical Central Collective, regretted that mothers who lost their children and relatives during the war submitted documents to the then defense secretary Gotabaya Rajapaksa, but no action has been taken.

"Mothers in the North and East have been fighting over 2,000 days and pressuring the government to reveal the truth of their relatives who went missing during the last days of the war," said Abeysekera.

Nearly 115 parents have joined the ongoing protests for justice for their loved ones who have become victims of enforced disappearances.

Abeysekera said she sees a foul play in government’s offer of compensation for the victims instead of revealing truth about the disappearances.

“This is an attempt to cover up crimes,” she said.

"We demand the immediate release of all political prisoners including Tamils who have been inhumanely imprisoned for many years for fighting for the rights of their people,” she added.