Election candidates must be against vice and for the environment 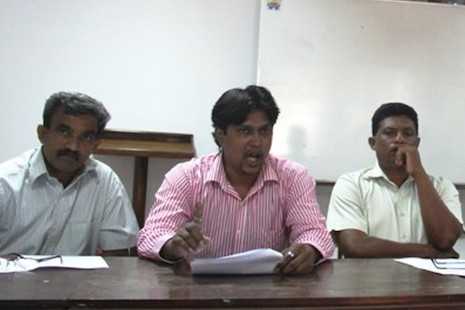 Civic rights leaders are campaigning for Christian candidates in the upcoming general election to take a stand against drug and alcohol abuse, prostitution and development projects that harm the environment.

"We act as a pressure group to stop all these evil activities in Christian-majority areas and create a good political culture," said Thilina Alahakoon, the convener of 20 Christian organizations, during a meeting at a Baptist church in Colombo Aug. 10.

The organizations are, through their policy document, working for good governance and building of a just society.

Christian candidates for parliament should also oppose projects that might endanger the environment — such as the proposed US$1.4-billion Colombo Port City project funded by a Chinese company. The government has wavered on the project because of a debate about how it will affect the environment and the local fishing community.

"Environmentalists have already warned that [because of] this project, the coastal land, sea and lagoon and fish-breeding grounds will be damaged and affect the livelihood of the fishing community," Alahakoon said. “Houses on the coast will be at risk of being washed away due to erosion,” he said.

The activists also urged Christian voters to reject candidates who were involved in cases of drug and alcohol abuse, prostitution or were not ready to take a stand on environmental issues.

Dominican Father Jayalath Balagalle, lecturer at the Aquinas University College, urged Christian voters to reject corrupt politicians and make those elected accountable because “we are the ones who elected them," he said.

Sri Lanka is 70 percent Buddhist, 15 percent Hindu, 8 percent Christian and 7 percent Muslim. A total of 6,151 candidates from 21 registered parties and 201 independent groups will be contesting in the election.