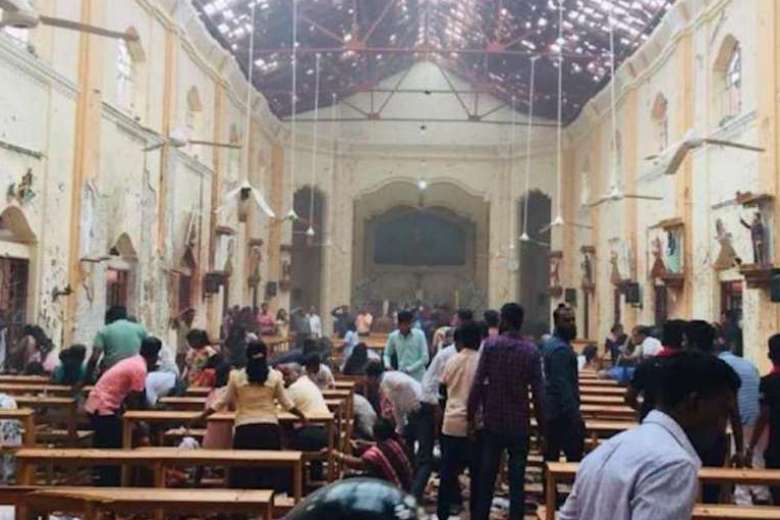 A Sri Lankan priest has been questioned by the Criminal Investigation Department (CID) over his claims regarding the 2019 Easter Sunday attacks during a recent online forum.

The CID questioned Father Cyril Gamini for about seven hours on Nov. 15 over a complaint lodged by Major General Suresh Sallay, director of the State Intelligence Service (SIS).

Father Gamini, the media spokesman for the Archdiocese of Colombo's proclamation committee on the search for the truth of the Easter bombings, said after the meeting: “Everything I said at the online forum has been mentioned in the final report of the Presidential Commission of Inquiry (PCoI) and the report of the Parliament Select Committee. Both reports have been made public.”

Many priests, nuns and Buddhist monks were present outside the CID office to support him. Father Gamini said CID officers were friendly and supportive. His lawyer was allowed to enter.

The priest was expected to return for further questioning on Nov. 16.

Sallay had complained that at an Oct. 23 online forum Father Gamini alleged that the country's intelligence units had provided financial and other forms of assistance to Zaharan Hashim, the leader of National Thowheed Jamath, which allegedly led the Easter Sunday suicide bombings of three churches and three hotels that killed at least 269 people including Buddhists and injured over 500.

The past few weeks, priests were insulted through the media. The politicians seem keen on creating a religious conflict to take advantage during the next election

The CID acted on the complaint but informed the Supreme Court that there was no plan to arrest Father Gamini, who filed a fundamental rights petition seeking an injunction order preventing his arrest.

Catholic bishops have repeatedly questioned the government's sincerity in its investigations of the Easter attacks, underlining the need to find the invisible masterminds and to expose the motive behind the crime.

Cardinal Malcolm Ranjith recently said that President Gotabaya Rajapaksa had told him that he would become unpopular if he were to implement all the recommendations made in the PCoI.

Father Cecil Joy Perera, the rector of the Mont Eden seminary who was present at the CID office in Colombo, said the investigations need to be carried out on the basis of facts and not individual choices. “We hope that the CID officers will proceed independently without any influence,” he said.

Ven. Kekirawe Sudassana Thera, a lecturer at Kelaniya University, said President Rajapaksa had publicly stated during his election campaign that he would do justice to the Easter attack victims.

“The past few weeks, priests were insulted through the media. The politicians seem keen on creating a religious conflict to take advantage during the next election,” he said.