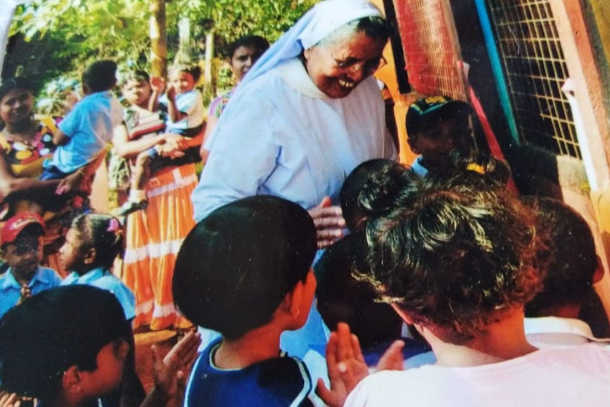 Outspoken Salvatorian Sister Benedict Fernandopulle strived to protect the dignity of poor people against discrimination irrespective of their creed or ethnicity.

Despite being diagnosed with leukemia, the 79-year-old continued her mission with courage until her her death on June 17 in the Kurunegala district of Sri Lanka's North Western Province.

During illustrious years of service, she formed the Suhada Sevana medical center to help impoverished residents of Vijaya Katupotha, located in her Chilaw Diocese.

Sister Helen Lambert, another Salvatorian nun and rights activist, noted that Sister Fernandopulle was a trained nurse and midwife.

When revered Oblate Father Michael Rodrigo was shot dead in Buttala Diocese in central Sri Lanka in 1987, Sister Fernandopulle was with him to help establish a Christian-Buddhist dialogue.

During a 1987-89 leftist uprising, government military and paramilitary groups killed and tortured young rebel fighters as well as civilians.

Nuns of Sister Fernandopulle's small community were threatened by pro-government forces for speaking out against abductions and summary killings.

On several occasions the nuns were questioned at gunpoint.

As well as being politically active, Sister Fernandopulle put a lot of effort into improving people's diet and healthcare.

Running of the project was later taken over by a trust and its role has been widened to include empowerment of women, care for the aged and vocational training as well as construction of village water wells.

"She taught us to be independent," Fernando said. "We will continue her mission in the way that she showed us."

"She went to war-hit areas to give medical support for the poor," Father Sathivel said.

Sister Fernandopulle took her vows in 1962.