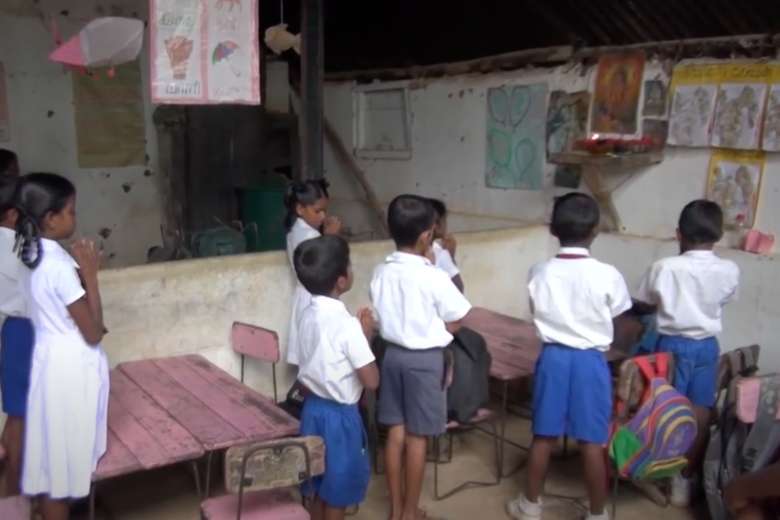 Thousands of impoverished women and children leave tea plantations to do menial work for the wealthy in Sri Lankan capital Colombo. (Photo: YouTube)

Demonstrations have been held all over Sri Lanka after a 16-year-old girl died while being treated for serious burns in a case that has highlighted the abuse and slavery of children and women in the island nation.

Ruwani Princy, a 54-year-old Tamil former tea worker from Talawakelle, said preliminary investigations revealed that the girl had been taken to capital Colombo and used as a domestic worker.

Civil society groups have recently strongly criticized the failure to enforce the law regarding the abuse and slavery of children and women.

Although there have been several such incidents in the last few years, they have not received much media attention, Princy said.

Three suspects, including former cabinet minister Rishad Bathiudeen's wife, have been arrested in connection with the death of the teenager, who had received injuries while working at the Muslim MP’s residence. She died in a Colombo hospital on July 15. Media reports said the girl had previously worked in other places.

Bathiudeen had been detained by police over his alleged connections to the 2019 Easter Sunday terror attacks.

The most notable recent cases of child abuse include a 15-year-old girl sold online and the arrest of a 21-year-old man for impregnating an 11-year-old girl.

Princy said thousands of women and children leave tea plantations to do menial work for the wealthy in Colombo.

"Many people in Colombo think that we are born to serve them. My younger brother also works in a house and my father has worked in houses in Colombo for about 20 years," said Princy, who cares for her parents in Colombo.

Most tea workers are descended from Tamils brought to the island by the British in the 19th century to provide cheap labor on tea estates. More than 52 percent of tea plantation workers are women, living in abject poverty and denied benefits such as maternity leave. Sri Lanka is the world's fourth-largest exporter of tea, which is one of its main foreign exchange earners, but landless tea workers are the poorest community in the country.

Police have launched a special operation to raid households that employ children under the age of 16 as domestic servants.

Prof. Muditha Vidanapathiran, chairman of the National Child Protection Authority (NCPA), said 12,165 child abuse complaints have been received during the last 18 months — 4,000 in the first five months of this year.

The NCPA has received 48,000 calls regarding children so far this year, he said.

Rights activists have demonstrated across Sri Lanka calling for child abusers to be brought to book regardless of their rank.

"Child slavery and child abuse are violence against children, so it is the duty of a responsible society and the government to end them," said Thisera, calling for an organized program to enforce the law in such incidents.

Pushing Tamil girls into slavery is a form of racism. Tamil people have not been recognized as a community in this country

Father Marimuthu Sathivel, an Anglican priest, said those who have come to Colombo from tea estates have no job security and few rights.

"Pushing Tamil girls into slavery is a form of racism. Tamil people have not been recognized as a community in this country," he said.

"Although there are only 146,000 tea workers in the hill country, there are three to four times as many young people in the suburbs. No one knows where they are and the work they do."

In 1999, the International Labor Organization adopted the 1982 Convention on the Use of Child Labor, banning the worst forms of child labor.

Sri Lanka's Commissioner General of Labor Prabath Chandra Keerthi said the focus should be on raising the minimum age for employment to 18.

"Women and children must be protected by the state and those who abuse them should be severely punished," said Princy.

"Brokers who employ underage children and those who are involved in slavery should be arrested irrespective of their rank."