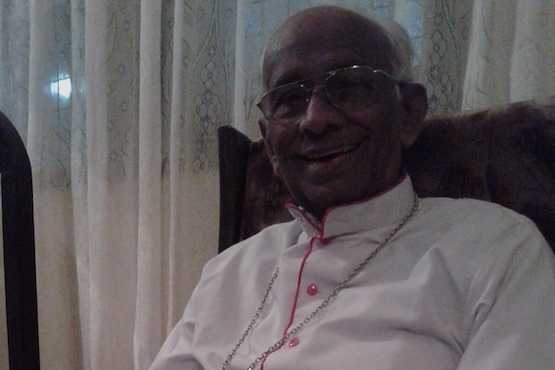 It was the worst thing to ask the Liberation Tigers of Tamil Eelam (LTTE) to release children who were trained to fight with guns against the Sri Lanka’s military. Once there was a local newspaper that carried a cartoon of me asking "Where are the children?" while LTTE fighters stand behind responding "No children, No children."

Some of these children were released by the LTTE and are surviving in camps or homes. Those were interesting days for the children. We would see women and children carrying poles representing guns and telling people: "We are fighting for you."

Ever since the Black July days of 1983, just after I took over the diocese of Trincomalee-Batticaloa, numerous refugees have arrived after losing their houses, properties and lives in riots between Sinhalese and Tamils in the rest of the country.

Violence broke out when a landmine blasted on the Palali Road in Jaffna and killed many soldiers. It created turmoil among Sinhalese people. And the soldiers’ bodies could not be taken because they were in pieces.

The whole country was surprised. Soldiers’ bodies had to be packed up in bags. Burials took place in Colombo. Problems erupted after the funeral, with houses and shops burned in Colombo. Later the trouble spread all around the country where Tamils were living. Looting and arson were everywhere. No one cared to control the situation.

In the following days, Tamil refugees who lost their houses, properties and livelihoods began to move out to safe places. They found Trincomalee-Batticaloa to be a haven. Tamils took the trains that came from Colombo and other cities and towns. Later they started coming to the north, where they found refugee camps of their kith and kin.

We supported and collaborated with the Batticaloa Government Agent. It took some time, about a year, before they were rehabilitated.

Religious leaders joined and took charge of the newly established institutions. Hindus, Anglicans, Catholics, the Ramakrishna Mission and Muslims worked together. I was in charge of the Eastern Relief Rehabilitation Organization together with each head of the religion.

Militant Tamil groups such as the LTTE, Eelam Tigers of Tamil Eelam and Tamil Eelam Liberation Organization had come into Batticaloa after 1984. We had to contend with them.

Recruitment and forced conscription by the LTTE was taking place to strengthen their forces in the diocese. Some people were willingly enlisting for training but some were forcibly conscripted. The people were crying out. The Eastern Relief Rehabilitation Organization acted as a peace committee and we used to go across the lagoon to the mainland on the western side to mediate and get children released, which the LTTE did with reluctance.

Sometimes the LTTE would say: "No … they came on their own."

According to the media, the LTTE recruited thousands of child soldiers. The LTTE threatened Tamil families in the north and east and forcibly recruited them for military service. But some willingly served the LTTE.

Some university lecturers were also taken for questioning by the LTTE and so we had to go in search of them. And the LTTE was good enough to release them. But sometimes they said: "No, no, we don’t know where they are." This continued until 1987 when the Indian Peace Keeping Force came in.  The IPKF was turning hostile against the Tamil people and Tamil militants. Some IPKF officers were killed by landmines laid by the militants. In fact, they admitted that they had lost more Indian officers in Sri Lanka than anywhere else.

The Sri Lanka Army said no more peace talks. Sarath Fonseka, a former army commander, was a strong man — he didn’t listen to politicians. I met him several times. He was a true warrior out to destroy the militants. He was bombed but survived and was area commander for the East almost until the end of the war.

The government changed and former president Mahinda Rajapaksa came back to power. This time they were all out to annihilate the terrorists.

In Muthur (Trincomalee) at Mavilaru, the LTTE blocked waterways leading to the Sinhala people’s paddy fields. The end of the war was near as the Sri Lanka Army rounded up militants from all directions. The LTTE leaders were in a quandary. The LTTE used people as a shield against government military fire. Some people were victims on the spot. There were aerial bombings and multi-barrel artillery constantly targeting all possible hideouts of enemy lines.

Finally, the Sri Lanka Army called the remaining people to surrender in another place around Mullivaikkal in Mullaitivu.

The militants and the civilians came under army control. Internationally they had manipulated some sort of a ceasefire, which did not succeed.

It’s very clear that the North remains Tamil and the South is Sinhala and so there is polarization. There was antagonism, warring mindsets between both.

The people were called up one by one. They separated the suspects, took some of the seriously injured persons to a nearby hospital and the others to refugee camps. Those who showed LTTE links were detained and taken into custody. Now their families are appealing for them to be brought back.

During the war, the people wanted us to get back their children and under the Prevention of Terrorism Act everyone was picked up in a jeep and taken off. 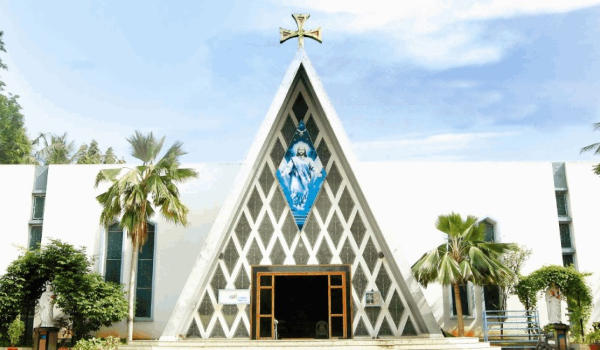