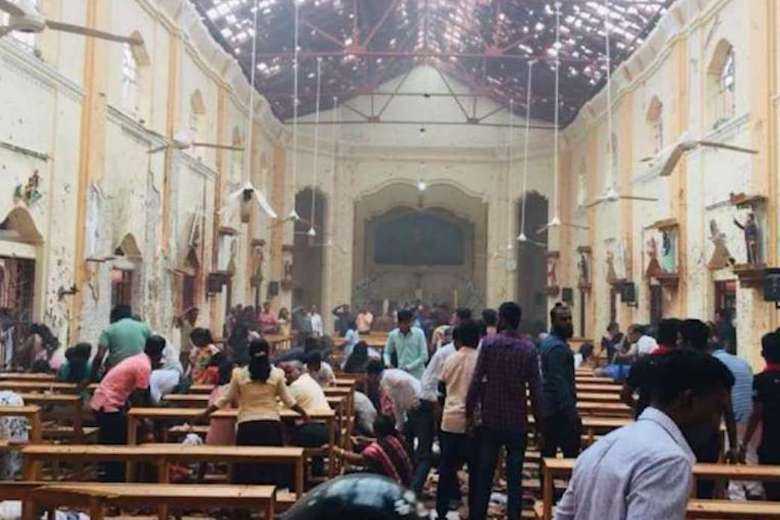 The prelate said the letter received in response to a lengthy missive sent by Catholic bishops to the president had not satisfied them.

"Raise a black flag on August 21 in front of your homes, institutions and market places as a strong symbol of the silent protest. I am not satisfied with the legal action currently being taken against those responsible for the Easter Sunday attacks," Cardinal Ranjith said at a press conference on Aug. 13.

Bishops sent a 19-page letter to President Rajapaksa on behalf of victims warning they would be forced to agitate for action through alternative ways if their demands were not met.

The bishops said they were not satisfied with the legal action being taken against suspects.

Cardinal Ranjith said that although he expected a positive answer from the government, the questions asked were not answered.

"We do not accept the appointment of a committee consisting of members of one political party above the recommendations of the report of the Presidential Commission," he said.

"We can never believe that the truth will come out through this ongoing process. If a committee is to be appointed to implement the recommendations, there should be a committee involving all political parties.

"The letter did not mention any action the government would take and a proper investigation into the serious issues we raised about the attacks.”

The Archdiocese of Colombo in a press statement said "it is clear from this procedure that after such a long time the government has no interest in finding out the truth about the attack and they are going to cover it up and wash their hands."

"The government took political advantage of the Easter Sunday attack and promised to reveal within a month those who carried out the attack," the statement added.

"Our country is still not secure and attacks like the one that took place on Easter Sunday are still possible at any time. We can't allow this culture of killing to continue. The country must learn a lesson from the sacrifices of the innocents killed on Easter Sunday.

"The real killers must be identified and the country must know the truth. Politicians do not want to end this culture of killing. Extremism is beneficial to them and they continue their selfish journey through the tears of human suffering."

Sri Lanka's attorney general has requested the chief justice to appoint a special trial-at-bar to hear cases against 25 suspects accused of involvement in the suicide bombings that killed 279 people including 37 foreign nationals.

The 23,270 charges filed include conspiracy, preparation, aiding and abetting, collection of explosives and weapons, murder and attempted murder.

Father Cyril Gamini Fernando, former director of the National Catholic Center for Social Communications, said the present and previous government had taken advantage of the attacks.

"This government came to power using the Easter attacks. The government took advantage of this because the previous one failed to do justice to the victims," said Father Fernando.

N. Anthony Fernando, a survivor of the terrorist atrocity, said those who came to power saying that justice would be done in a month have remained silent for 28 months now.

"We now have a strong suspicion that this government is the invisible hand behind the attack. We urge you to take this to the international court," he said.