Father Reid Shelton Fernando, right, appears before the government-appointed Commission in 2010 for Lessons Learnt and Reconciliation Committee seeking justice for the families of missing persons from Sri Lanka's long civil war, which ended in 2009. (ucanews.com photo)

A priest in Sri Lanka known as a staunch defender of the rights of marginalized minorities is seeking justice for the families of nine Tamil priests who disappeared during the nation's long-running civil war.

Father Reid Shelton Fernando has fought on behalf of political prisoners, victims of police abuse and women workers in free-trade zones, among other persecuted groups, but is now focusing on helping relatives of those who went missing during the bloody conflict that ran from 1983 to May 2009.

A former coordinator for the Young Christian Workers movement in Colombo, the senior priest of Colombo Archdiocese has appeared before a government-appointed commission requesting justice for the priests, whose whereabouts remain unknown.

The Commission in 2010 for Lessons Learnt and Reconciliation Committee (LLRC) was established one year after the end of the civil war in Sri Lanka, which some observers maintain is increasingly becoming a secular state.

The priest, who also promotes awareness of gender-based discrimination, abuses of media freedom and other human rights violations, said their families deserve to know whether the priests have been killed and, if so, where their final resting grounds are. 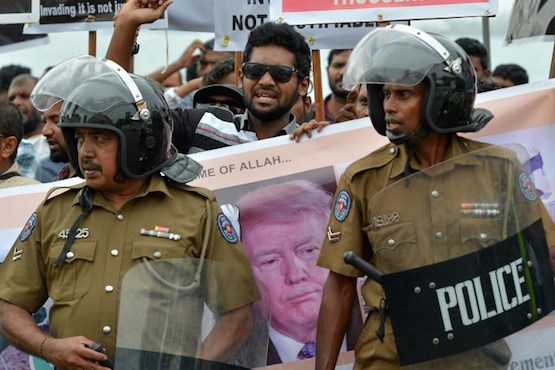 Father Fernando submitted a list of the priests' names to the committee. No inquires have previously been held into their disappearance.

He also implored the government to provide psychological treatment and counseling for survivors of the civil war who face post-traumatic stress or have otherwise been negatively affected mentally by the fighting.

Of the eight of the priests named Father Thiruchelvam Nihal Jim Brown, 34, served as the parish priest of Allaipiddy in Jaffna until he was reported missing in 2006 close to a military checkpoint.

His name now ranks among the thousands of Sri Lankans classified as missing. While many are presumed dead, Father Fernando refuses to abandon what he sees as his mission to fight for their rights and have justice served.

"When I had to find people willing to offer shelter to those whose lives were at risk during and after the war, he was one of the most fearless when it came to taking risks," Ruki said. Father Fernando, who also serves as a member of the National Movement for Social Justice, addresses the media urging the government to speed up its investigation into corruption in Colombo in 2016. (Photo by ucanews.com)

Officials previously detained Ruki under the Prevention of Terrorism Act and restricted his freedom of expression, he said.

"He used to serve as the chaplain to the Young Christian Workers Movement but his passion and commitment extended way beyond workers' rights to include all people," Ruki said.

"Father Reid has involved himself in struggles against torture, poorly conceived mega-development projects, military occupations of land and many other issues," he said.

"We have worked together on a variety of forums, such as the Religious and Priests for Human Rights, the Alliance for Justice — as well as at seminars, in street protests, and on international advocacy," he added.

Father Fernando is also a lecturer at two universities and is well known in Sri Lanka for his writings and commentaries on social and political issues.

He has penned over five books in areas including social doctrine in the church.

He is the only domestic priest who has "intensely studied" documents from the pre-Vatican II and post-Conciliar periods, and who has discussed and written about them in various theological journals, book reviews and monographs, Hettiarachchi said.

"His teaching career, seminar skills and pastoral preaching have been immense, and socio-politically he is very savvy," he said.

His contribution to scholarship in Catholic social doctrine, and the way in which he brings it closer to the people in a language they can understand, is unique and unprecedented, he added.

One of Father Fernando's greatest achievements is his commentary on the Populorum Progressio (Paul VI, 1967) in Sinhala, said Hettiarachchi.

"His series on 'nuanced-based theological lexicon,' which is being published with the Sinhala Theologate of the Colombo Archdiocese, is of paramount significance to the theological discourse that might take place in Sri Lanka," he added