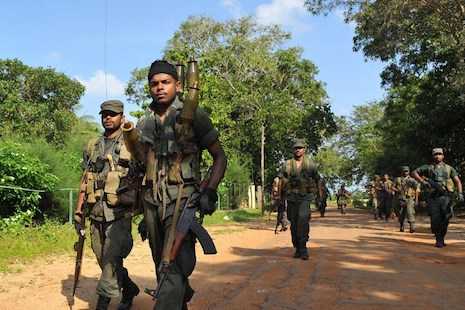 Foreign Minister Mangala Samaraweera told the UN Human Rights Council that the new government, unlike its predecessor, will cooperate with the international community to address reconciliation and accountability in the island.

"The last few years when Sri Lanka moved away from this cooperative approach was an aberration," Samaraweera said in his address to the council in Geneva, a copy of which was released in Colombo.

"The journey of reconciliation and accountability is one that the people of our country must embark upon, on their own," he said.

"But we recognize that in this journey, there is much that we can draw from the experience of others in the international community. We have much to gain from their advice, technical support and assistance."

President Maithripala Sirisena, who came to power in early January, has promised a probe into allegations that up to 40,000 ethnic Tamil civilians were killed by troops under Rajapaksa's command.

The former strongman had refused to cooperate with a UN-mandated probe which was due to unveil its findings this month.

Samaraweera said the UN delayed the report after he requested the new Sri Lankan government be given more time.

He said the government had begun discussions regarding the nature of a domestic war crimes probe and was ready to amend existing laws to ensure its smooth functioning.

Sri Lanka last month secured parliamentary approval for a long-awaited witness protection law, a key demand of the international community to ensure accountability in the island.

The new government has promised a South African-style truth and reconciliation commission to help minority Tamils and ethnic majority Sinhalese come to terms with the war.

Former strongman Rajapaksa, who ruled the country for a decade, had insisted that not a single civilian was killed while crushing Tamil rebels and refused to cooperate with any foreign probe, a move that drew international censure.