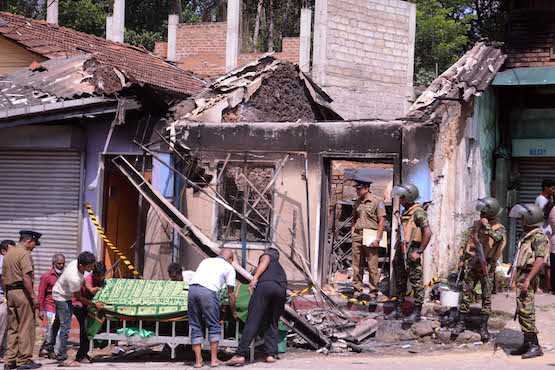 Police inspect the damage to a Muslim property after the violence in Sri Lanka on March 5. (ucanews.com photo)

Sri Lanka's government has declared a state of emergency for 10 days to maintain law and order after an outbreak of religious violence.

It has also imposed a police curfew after Buddhist mobs attacked a mosque, Muslim businesses and houses. One person was reported to have died.

The attacks came just a week after similar anti-Muslim violence erupted in the east of the country.

Police fired tear gas to disperse a mob including Buddhist monks on March 5. A police curfew was put in force in the Theldeniya and Pallekele areas of the central town of Kandy on March 6.

Ashoka Samarakoon, a resident of Theldeniya, said a Buddhist Sinhalese lorry driver died from injuries after an attack by Muslim youths last week.

"On his funeral day, mobs set fire to Muslim-owned businesses, shops and a mosque. The police have arrested 24 suspects in connection with this incident and hundreds of police and army personnel have been deployed," Samarakoon told ucanews.com.

"There was a protest led by Buddhist monks and residents who demanded the release of the 24 suspects who were in police custody. They said these suspects were innocent and not connected with the incident." Millathwe Dammarathna Thero, the chief Buddhist monk of Theldeniya Godamunna Temple, said he condemned the attacks but the arrested suspects were innocent.

"Police should release them and this act is not against Muslims," he told ucanews.com.

Police spokesperson Ruwan Gunesekara said four Muslim suspects arrested in connection with the death of the lorry driver have been remanded until March 7.

President Maithripala Sirisena has promised to conduct an impartial and independent investigation.

Father Nandana Manathunga, chairman of the human rights office in Kandy, said a group of people came to Theldeniya and attacked shops and houses.

"Many came from outside the village and demonstrated," said Father Manathunga.

A mosque and Muslim businesses were attacked in Ampara district in the southeast last week following a rumor that Muslim eateries were adding a chemical pill that would make Sinhalese Buddhist customers impotent.

Bishop Joseph Ponnaiah of Batticaloa said violence based on religion and ethnicity should stop.

"I see this incident as well planned and the government should investigate quickly. During the earlier regime, we also saw this type of incident," the bishop told ucanews.com.

"This should be stopped, otherwise it will damage good governance in the country."

Businesses, houses and vehicles were damaged on Nov. 17, 2017, during unrest in Gintota in the far south of the country.

Buddhist groups attacked Muslim-owned shops and houses in 2014, resulting in the deaths of four people and injuries to 80. 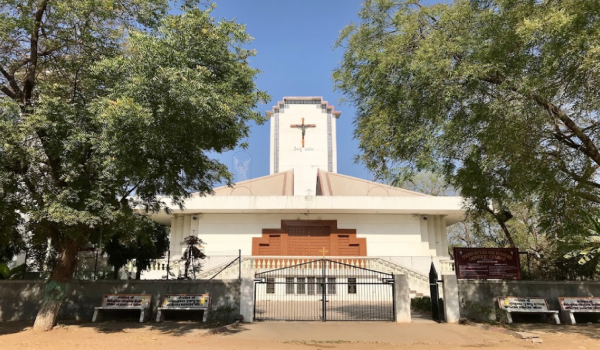