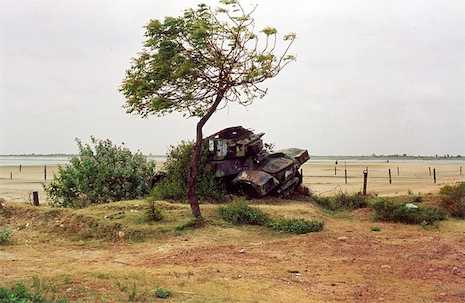 Sri Lankan officials on Monday sought more time to exhume a suspected mass grave in a former war zone after failing to secure the services of forensic experts.

The site in the eastern coastal town of Kalavanchikudy has been under investigation since a resident petitioned the local court, claiming the remains of around 100 Muslims killed 24 years ago at the height of Sri Lanka's ethnic war were buried there.

The claims of a mass grave in the east of the island follow the discovery of several similar sites elsewhere in the island's war zone as well as in the central part of the country.

Digging was scheduled to begin on Monday but a local magistrate allowed authorities to postpone it for a second time, a local police official said.

"There were difficulties in getting forensic experts from Colombo," said the official in Kalavanchikudy, 330 kms east of Colombo by road.

"The excavation was rescheduled for November 24."

He said it was the second time the excavation, initially scheduled to start on July 1, had been delayed for that reason.

Rights groups have accused Sri Lankan authorities of failing to investigate what the UN calls credible allegations of war crimes by both sides.

Some of the Tamil guerrilla leaders linked to atrocities have defected to the government since the conflict ended, and there have been allegations that the authorities were trying to protect them.

Sri Lanka's 37-year ethnic war, which ended in 2009, mainly pitted the majority ethnic Sinhalese, who are Buddhists, against the minority Tamils, who are mainly Hindus and live in the north.

Muslims, who account for around 10 percent of the population, largely avoided taking sides in the fighting.

But there have been allegations that the Tamil Tiger rebels carried out several massacres of Muslims in the east as part of their push to create a separate Tamil homeland. AFP