Spare a thought for the Dalits of Chengalpattu A Dalit family outside their makeshift shack in Chengalpattu in the Indian state of Tamil Nadu. (Photo: SPICMA)

In just one month, the all-volunteer Catholic charity SPICMA (Special Projects in Christian Missionary Areas) has disbursed nearly £100,000 (US$124,000), well over a third of its total for all of last year.

Already dipping into its reserves, the charity is appealing urgently for donations. The money is being sent to distressed dioceses and parishes in India, Pakistan, Kenya and Uganda, all hit by the Covid-19 lockdown.

One such diocese is centered on Chengalpattu, sometimes known by its former colonial-era name of Chingleput. It is a town of about 85,000 people in the Indian state of Tamil Nadu. The diocese consists of 107 parishes, 82 of them in deprived rural districts.

The rural parishioners are mostly Dalits. These are so-called “untouchables”: landless, without permanent jobs, illiterate and desperately poor. They mainly do the work no one else wants to do: cleaning drains and latrines, sweeping roads and collecting rubbish — all by hand. Many are migrants from other states.

On March 24, as the Covid-19 pandemic raced across Asia and the world, the Indian government imposed a national lockdown. In most of the developed world, such lockdowns may be hugely inconvenient but they are not generally life-threatening. For those without income, there is social welfare and special support measures from the government, as well as food banks and numerous other emergency resources.

It’s different in the developing world. Although the coronavirus has so far not affected, much less killed, as many people as in the richer nations, the restrictions imposed across much of Asia and Africa bring exceptional misery to many already desperate communities.

In Chengalpattu, overnight and without warning, the lockdown deprived the Dalits of their only sources of income. Many were also removed forcibly from their temporary dwellings, leaving them with neither food nor shelter. There is some limited government support, but none at all from employers.

The leading aid agencies, already stretched by the worldwide fallout from the pandemic, cannot address the problem of a few thousand starving and homeless in Chengalpattu, no matter how dire their predicament.

The alleviation of such localized misery is the particular aim of SPICMA. Originally founded in north London 53 years ago, its handful of staff are now based mainly in the Gloucestershire Cotswolds, where Cathy Forman, one of the administrators, works from her home in the picturesque village of Coln St. Aldwyns.

Helped by Paddy Phelan, also a volunteer, Forman disburses up to £500,000 annually to desperate people in Asia, Africa or anywhere that disease, drought, flood, war or famine has brought calamity. 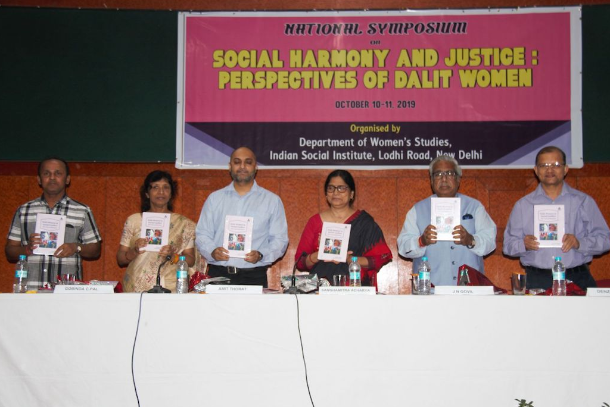 With no office to maintain and no salaries to pay, SPICMA keeps its expenses to the bare minimum. It also focuses on projects too small for the major aid organizations.

Not that SPICMA’s reach is small. Founded by the family of a missionary priest, it maintains a worldwide network of on-the-ground contacts among Catholic priests in the developing world. The priests in Chengalpattu are among such contacts. Within barely a week of their end-April appeal to Forman, she obtained the trustees’ approval and transferred £5,000 to the diocesan bank account.

With a matching contribution from the diocese, that will be enough to provide basic nourishment for about 800 starving families with children.

So, next time you enjoy a good meal, spare a thought for the Dalits of Chengalpattu — and for Cathy Forman, Paddy Phelan and the other volunteers at SPICMA who, on your behalf, have never forgotten them.