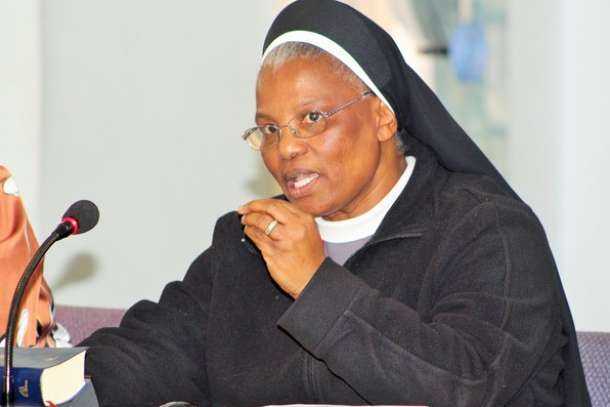 The bishops of southern Africa have appointed another woman to head their conference’s general secretariat, succeeding a religious sister who had served in that position for eight years.

Sister Makoro has served as the secretary-general of the Southern African Catholic Bishops’ Conference since 2012, when she became the first woman to hold that position in the episcopal body, which comprises the bishops of South Africa, Botswana and Eswatini, formerly Swaziland.

Before that, Sister Makoro was associate secretary-general from 2005 to 2012. She was the only second woman to hold that position, after the late Holy Family Sister Brigid Flanagan in the 1980s.

Sister Makoro has been widely regarded as a firm and skilled administrator who was a key leader in introducing protocols governing the incidence of sexual abuse by church personnel and its prevention.

She is serving a second term on the Pontifical Commission for the Protection of Minors.

Sister Munzhedzi, from northern South Africa, is a trained teacher. She joined the Dominicans in 1986 and earned a licentiate in biblical theology at the Catholic University of Eastern Africa in Kenya.

Before her appointment to the bishops' conference, she was the promoter for the sainthood cause of Blessed Benedict Daswa, who was martyred for resisting witchcraft in 1990. He is the first South African to be beatified.