Timor-Leste, Malaysia, Cambodia and even Thailand gear up for polls 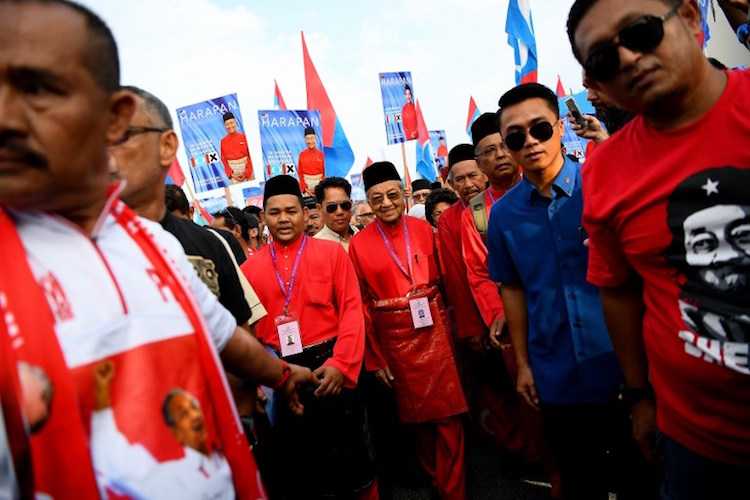 Four pending general elections have the potential to reshape Southeast Asian political dynamics with the recent slide towards autocracy raising fears that the ballot box will become little more than a tool for entrenching authoritarian power structures.

Voters in Malaysia and Timor-Leste will head to the polls on May 9 and 12, respectively. General elections are scheduled for July 29 in Cambodia and are widely expected in Thailand towards the end of this year.

Initially, the focus will be on Malaysia where gerrymandering is expected to deliver Prime Minister Najib Razak and his United Malays National Organization (UMNO) another win, despite deep public resentment over their scandal-plagued administration.

The jailing of opposition leader Anwar Ibrahim, who won the popular vote in 2013, on charges of sodomy his supporters say were politically motivated, has further bolstered Najib's expectations.

However, Anwar's incarceration and billion dollar losses by a state fund enticed Malaysia's former Prime Minister Mahathir Mohammed back into the political ring and his popularity coupled with public anger will leave a mark on Najib's legitimacy, regardless of the result.

has enticed Malaysia's former Prime Minister Mahathir Mohammed back into the political ring and his popularity coupled with public anger will leave a mark on Najib's legitimacy, regardless of the result. It's a similar story in Cambodia, where elections have for the most part been judged free and fair, ever since the United Nations arrived in 1992 and established a framework for democratic elections.

But, like Malaysia, court rulings will make its next poll a one-sided affair, in stark contrast to polls in 2013 when the opposition Cambodian National Rescue Party (CNRP) sharply reduced the ruling party's parliamentary majority, backed by a burgeoning youth vote.

In Phnom Penh, the courts dissolved the CNRP and its leaders fled into exile or were jailed, ensuring victory for Prime Minister Hun Sen who has justified a government crackdown by talking up color revolutions, bomb plots and outside threats to internal security.

Importantly, Cambodia is an aid dependent state with most of its financial backing coming from China, but significant contributions still being made by the West —mainly in preferential trade, and services like health and education that benefit ordinary Khmers.

Western governments have indicated that this poll and Hun Sen, among the world's longest serving prime ministers, will lack international legitimacy and sanctions could follow. 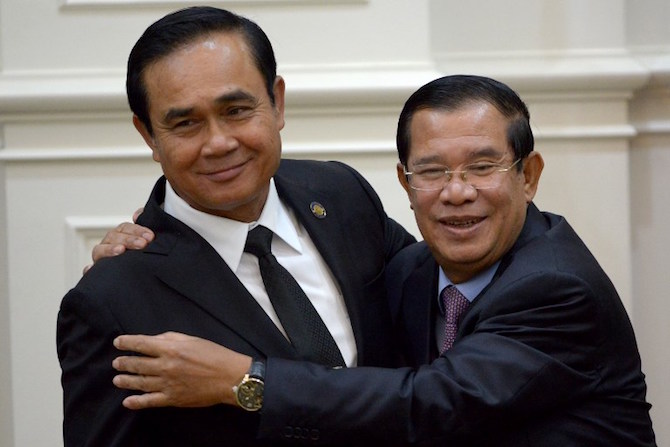 Thais are also expected to cast their votes, in a poll designed to the return their country to a democracy in the aftermath of the 2014 military coup that ousted Yingluck Shinawatra, sister of former leader Thaksin, and installed Gen. Prayut Chan-o-cha as prime minister.

Previous promises to stage an election have been broken amid speculation Prayut will only go to the polls once he has shored-up his own political prospects as future prime minister, ensuring the Shinawatras remain in exile. There is already speculation this poll will again be delayed until the new year.

All three countries have enacted severe curbs on the media. In Malaysia, Najib has appealed to Islamic fundamentalists hoping to improve his standing among the Muslim majority and upsetting Christians, Hindus, Buddhists and other religious minorities along the hustings.

A key figure in each poll will be the actual turnout number.

It's an unhealthy political prescription. The 10-member Association of South East Asian Nations (ASEAN), once dominated by aspiring democratic governments, is now heading in a different direction as entrenched powers fend off popular opinion.

But there are concerns. Rights group Forum-Asia fears a repeat of the last poll and a non-functioning government, security issues related to clashes between political parties and the potential impact of a volatile situation on human rights and vulnerable groups. Leaders and representatives from 10 ASEAN countries wave during the opening of the 32nd ASEAN Summit in Singapore on April 28. (Photo by Roslan Rahman/AFP)

Elsewhere in ASEAN, human rights and free press advocates are also angered and pressing for charges against Philippines President Rodrigo Duterte, resulting from his disregard for that cornerstone of democracy — the separation of powers — after initiating his so-called war on drugs.

In Myanmar, Nobel Laureate Aung San Suu Kyi has proved hopelessly inadequate as her military cracked down on the Rohingya. Brunei has adopted Sharia law, Vietnam and Laos remain one-party Communist states while the same political parties have ruled Singapore, and Malaysia, since their independence in the 1950s.

Even at their best, Southeast Asian democracies have rarely been without issues that challenge the moral back bone of Western countries, where trade often comes before democratic principles and human rights.

But on current expectations, once ballots are cast in the next round of elections, Malaysia and Cambodia will more than likely lack international legitimacy, Timor-Leste could face a hung parliament while in Thailand, like in Myanmar, the military will continue to overshadow the democratic process.

As fellow ucanews.com contributor, Keith Loveard, recently quipped: "Indonesia, to the surprise of many, is the single stand-out for something approaching Western parliamentary democracy."

Coming elections might also redefine the ballot box for the millions who were promised universal suffrage decades ago; only to see the power of their vote taken away by long-serving leaders, the courts and military, or manipulated to ensure that the entrenched powers remain where they are.

That will further reshape the Southeast Asian and ASEAN political landscape —already split over issues like Chinese expansion in the South China Sea — with knock-on effects to be felt from business and trade to religion and free speech, leading to further political unrest in the years to come.

Luke Hunt is the opinion editor for ucanews.com and author of 'Punji Trap,' a historical account of Vietnam and the wars of the 20th century. He can be followed on Twitter @lukeanthonyhunt