Bishop Seo pledges to serve the faithful in the Military Ordinariate with wisdom, patience and communication skills The new bishop of the Military Ordinariate of Korea has vowed to leave behind all his weaknesses to serve Catholic military personnel and their families with wisdom and patience.

Pope Francis appointed Bishop Seo, 60, of Seoul Archdiocese, the new military ordinary on Feb. 2 after Franciscan Bishop Francis Xavier You Soo-il stepped down on reaching the mandatory retirement age of 75.

Also present were leaders from Buddhist and Protestant communities and senior military officers.

"I will leave my human weaknesses and worries to the Lord, and once again try to live a life that responds to the Lord's call," Bishop Seo said during the ceremony, reported Catholic Times of Korea.

Bishop Seo said that as a human being he can do nothing, but he can accomplish great things with 'wisdom and power from God'

The prelate pledged do his best to serve the faithful in the Military Ordinariate with wisdom, patience and communication skills to “lay the new foundation for development.”

Born on Feb. 6, 1961, in Seoul, he studied philosophy and theology at the Catholic University of Korea in Seoul, obtaining bachelor’s and master’s degrees in theology. He also completed an intensive course in English.

He was ordained a priest on Feb. 12, 1988. Since his ordination, he has been involved in various ministries for the Archdiocese of Seoul. 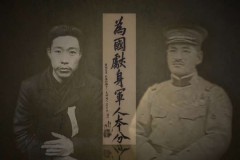 Cardinal Yeom called on Bishop Seo to use his previous experiences in the military ministry to offer great services to the faithful.

“Bishop Seo Sang-bum joined the military as a seminary student, and then served as a military chaplain and vicar general, and now he is called to serve as a bishop. As Apostle Paul said, he is the son of faith and I expect the new bishop will serve as an excellent military commander,” Cardinal Yeom said.

Bishop Seo said that as a human being he can do nothing, but he can accomplish great things with “wisdom and power from God.”

The Military Ordinariate of Korea covers all Catholic military personnel and their families. However, it does not belong to any ecclesiastical province.

It started as the Military Chaplain Corps, organized by Maryknoll Monsignor George Carroll, on Feb. 1, 1951, during the Korean War (1950-53).

The Catholic Bishops’ Conference of Korea officially recognized the Military Chaplain Corps in 1961. It became the Military Ordinariate of Korea on Oct. 23, 1989. It has 95 parishes and 166 mission stations with 99 priests.

In South Korea, all young men are required to serve 24 months of mandatory military service. The country has 6.7 million military personnel including 600,000 active forces, 3.1 million reserve forces and 3 million paramilitary forces, according to Global Firepower.

The military chaplain priests of South Korea celebrate Mass, counsel and accompany soldiers to provide them with religious and moral education. Priests have baptized thousands of soldiers over the years and the ministry is described as a “golden fishing pond” for evangelization.

By 2008, the Catholic population of the Military Ordinariate of Korea stood at 79,769.

The Korean Church observes the first Sunday of October as Military Mission Sunday when church leaders urge Catholics to help through prayer, donations, twinning other parishes with military parishes and more participation of nuns in the military mission.