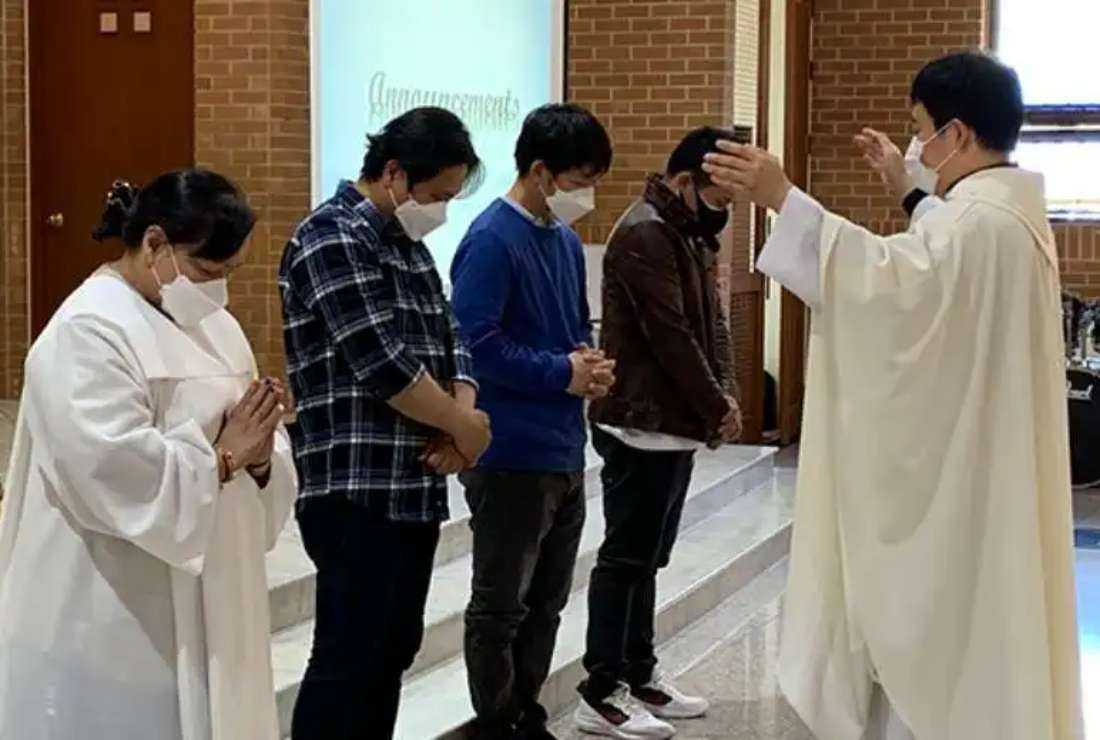 A Catholic priest blesses migrant Filipino Catholics on their birthday in a church in South Korea. (Photo courtesy of Moyse Cheonan)

More than 50 percent of South Koreans consider migrant workers a necessary force in their nation that faces declining birth rates amid the rising elderly population.

Some 57.3 percent of Koreans view migrant workers as “necessary,” shows data from a survey among 1,000 people by the Asia Center of Seoul National University, Korea Joongang Daily reported on Jan. 16.

Only around 37.3 percent of the respondents objected to the need for migrant workers in the country.

Yoon In-jin, a professor of sociology at Korea University stated that nations like South Korea are moving towards attracting more skilled migrant laborers to compensate for the lack of workforce in their regions.

“[Countries] are moving to secure essential manpower to work in industries that locals are reluctant to work in, and to attract high-skilled professionals and international students to engage in knowledge-based industries,” said Yoon told Korea Joongang Daily.

Yoon cited the cases in nations such as Korea, Japan, China, and Australia which are moving towards bringing in more migrant laborers through various attractive visa processes.

Yoon says that the cultural differences and the socio-economic conditions within the country were a prime concern for the government to ensure migrant laborers and native Koreans find ways to live in harmony.

“It is becoming more important for the country to find ways for people of different cultural backgrounds to live harmoniously together,” Yoon said.

The survey also factored in questions related to the effects of migrant laborers on societal harmony and employability in the nation.

Among the survey respondents, 49.6 percent rejected the possibility of social unrest owing to the increased number of migrant laborers, whereas 43.1 percent agreed with the statement.

When asked about the reduction in the employability of Korean citizens due to migrant laborers, 53.9 percent rejected the possibility, whereas 40.4 percent felt that Koreans may face difficulty in getting jobs.

South Korea is facing an unprecedented drop in live births along with an increasingly aging population.