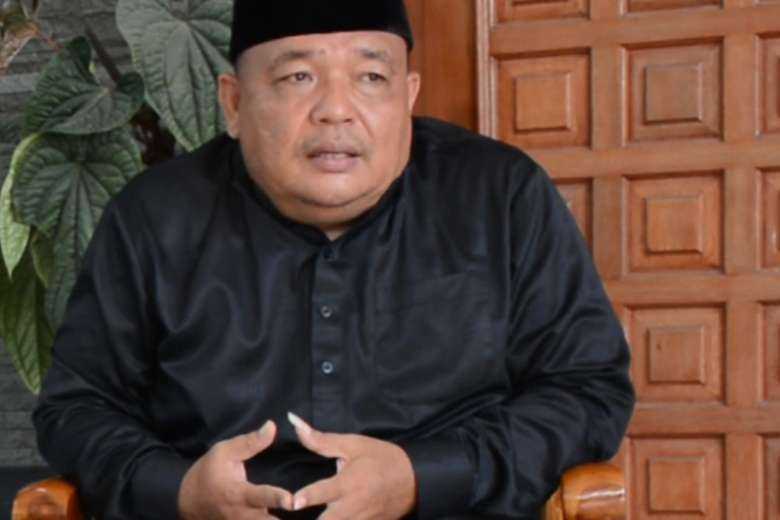 Terbit Rencana Perangin Angin is accused of keeping drug users in a cell at his residence in North Sumatra. (Photo: Kompas.com)

Ten Indonesian soldiers have been named as suspects in a human trafficking case in North Sumatra province.

Indonesian Army chief General Muhammad Andika Perkasa revealed on May 23 that the suspects were accused of involvement in a case in which dozens of people were kept in an iron-barred cell at the residence of inactive Langkat district head Terbit Rencana Perangin Angin.

He encouraged all victims to provide detailed information “so that we can also bring all those involved in the case occurring since 2011 or 2012 [because] they must also take responsibility.”

Authorities discovered the cell in January as they searched Terbit’s residence during his arrest by the Corruption Eradication Commission on suspicion of taking bribes for an infrastructure project in his district.

Jakarta-based Migrant Care later submitted a report to the National Commission on Human Rights saying that the cell was used to hold at least 40 drug users undergoing rehabilitation. They were allegedly forced to work on Terbit’s palm oil plantation for long hours and for no pay for about 10 years.

Perkasa’s announcement was welcomed by Muhammad Choirul Anam, coordinator of the commission’s monitoring and investigation desk, who said that the move was part of the commission’s recommendations “because we also found out about the alleged involvement of some soldiers in the case.”

“The most important thing is that there must be no similar case involving soldiers, police personnel or government officials in the future”

He said the commission had communicated well with the army over the case and “officials from the military police even came to see us several times to ask for evidence, names and many other things.”

Saying that the announcement showed the army’s commitment to enforce the law and uphold human rights, Anam called on the institution to conduct legal proceedings in a transparent and accountable way.

“The most important thing is that there must be no similar case involving soldiers, police personnel or government officials in the future,” he said.

Azas Tigor Nainggolan, coordinator of the human rights desk of the Indonesian bishops’ Commission for Justice and Peace and Pastoral for Migrant-Itinerant People, said the army’s move “will make soldiers think twice before violating any law.”

“Bring the suspects to justice in a fair military court,” he told UCA News.

He also claimed there was an abuse of power in the case. “Therefore, the Indonesian Army must do an evaluation about its policy regarding private security service. Soldiers must not do business in this regard,” he said.

North Sumatra police named Terbit as a suspect in the case in April, while eight others were named as suspects in March. They face up to 15 years in prison if found guilty.