If Jesus himself is removed from school textbooks, then what chance is there for Catholic freedom fighters? 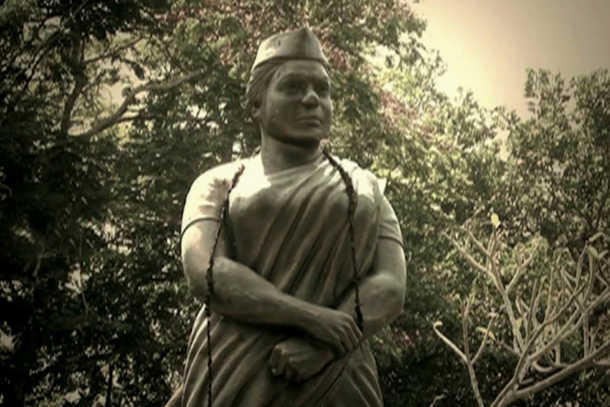 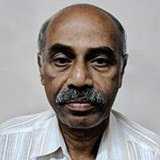 It may be mere coincidence that this article is written at a time when Asia in general and India in particular are facing the greatest threat to human freedom from ideologies and ideologues that present themselves as the unquestionable advocates of progress. But what triggered this writer to venture into this area is a surreptitiously engineered amnesia to black out Christianity from the map of India’s freedom struggle.

The Christian contribution to India’s freedom is quite evident from the fact that a Marthoma Christian from Kerala — Thevarthundiyil Titus — became almost the other self of Mahatma Gandhi in Sabarmati Ashram, Ahmedabad. In the 1887 Madras meeting of the Indian National Congress, out of 607 delegates 35 were Christians.

But the deplorable fact is that Christianity is nowhere in the public discourse on India’s freedom struggle, which comes alive every year as India celebrates its Independence Day on Aug. 15. The reason is obvious. Late Jesuit priest and sociologist Ambrose Pinto wrote about it in August 2017 when India celebrated 70 years of freedom. "Certain groups in India may malign the community and yet for an objective thinker the facts speak and the reality cannot be hidden," he said.

India can never ignore Henry Louis Vivian Derozio (1809-1831), the young Catholic poet from Calcutta who wrote perhaps the first freedom poem, To India — My Native Land, much before India’s greatest poet Rabindranath Tagore (1861-1941) penned that greatest freedom song, Into that heaven of freedom. In all probability Tagore, a Calcuttan himself, was influenced by the rationalist radical ideas of Derozio. This young professor of Hindu College spread these ideas through the Young Bengal Movement, which he started in the 1820s and turned it into a vehicle of India’s freedom.

In the poem Derozio paints the slavery of India in the most telling way in two lines referring back to the rich India of olden days: “Where is thy glory, where the reverence now? Thy eagle pinion is chained down at last.” He refers to the glory of ancient India because “In thy days of glory past / A beauteous halo circled round thy brow,” and remember the rich India of yesteryear was called golden eagle.

But as we celebrate the memory of India’s freedom struggle in this month of August — a month specially related to it in various ways such as the “Quit India” call by Mahatma Gandhi in Bombay on Aug. 8, 1942, and the final freedom on Aug. 15, 1947 — we shall not forget that Bombay is considered a focal point of Indian Catholicism, which gave rise to several freedom fighters from the community.

Yet, today in 2020, there will be many in India who would holler out saying that Henry Derozio has no right to take pride in India’s past glory because he is a Catholic who was party to India’s enslavement by European colonialists.

A teacher writing in The Tribune in November 2015 about Tagore’s song of freedom lamented: “Today, I live in a country where I have to think twice before expressing pride at my rich cultural heritage … I need to be careful about what I say because it might not be politically correct, simply because I don’t belong to the majority."

These self-proclaimed custodians of Indian culture and heritage are the ones who engineer a collective amnesia about the Catholic contributions to India’s freedom and about Catholic freedom fighters because they are fully in control of media and a pliable group of intellectuals who are ready to sell their souls for power and pelf.

That fiery voice of Accamma Cherian (1909-1982) from a Syrian Catholic family in Travancore, Kerala, is the veritable proof of the educated Catholic woman freedom fighter. She gave up her position as principal of a Catholic school to plunge into the freedom struggle of India. Accamma led a crowd of 20,000 at Kerala capital Trivandrum in 1938 to revoke a ban on the regional unit of the Indian National Congress, the most dynamic vehicle of India’s freedom.

When the British police chief ordered his men to fire at the crowd, Accamma Cherian cried out: "I am the leader; shoot me first before you kill others.” Her formidable courage forced the police chief to withdraw his orders. This Esther of India marched on to challenge the colonial power that subjugated India, paying the price by being arrested thrice and imprisoned twice while gaining the great honorific from Mahatma Gandhi — Jhansi Rani of Travancore.

To give voice to women in the freedom struggle, she started the Desasevika Sangh women’s wing in the Congress that carried forward the torch of freedom. Inspired by Accamma Cherian, her sister Rosamma Punnoose and brother Varkey Karippaparambil also plunged into the freedom struggle.

Another great voice of freedom was Annie Mascarene (1902-1963) from Trivandrum, a Latin-rite Catholic. At a time when Indian women were not even allowed to out even to schools, she earned a double postgraduation in history and economics and got into the movement for India’s independence and integration of the princely states into the Indian union.

In 1946, Mascarene became one of 15 women elected to the 299-member Constituent Assembly that prepared the constitution of free India. She became the first female minister in independent India in 1949 when she was made Kerala’s minister for health and power. She was elected as a parliamentarian from Trivandrum in 1951, one of 10 women elected to India’s first parliament.

Then we have Helen Alvares, Alice Alvares and Violet Alva, the noted Catholic freedom fighters from Mangalore, a center of Indian Catholicism. What is significant is that these Catholic women came to the forefront of the freedom struggle at a time when Indian women were largely confined to their homes.

Pinto identified himself so much with Mahatma Gandhi that in Mangalore he was known as Gandhi Pinto. Pai manufactured salt in defiance of British law in 1930 inspired by Gandhi. Baptista gave voice to workers in Bombay exploited under British rule, while Upadhyaya fought for India’s freedom through his powerful writings that emphasized Indian culture and heritage.

Joachim Ignatius Sebastian Alva (1907-1979) was a Catholic lawyer and journalist from Mangalore. He took part in the "No Tax" campaign at the Bardoli Satyagraha and in 1937 presided over a large gathering of Christians at Bombay, addressed by Jawaharlal Nehru. He was elected to parliament three times starting from the 1951-52 elections.

No wonder then that even the strong cultural nationalist and veteran journalist M.V. Kamath wrote: “It is necessary to state that many Roman Catholics I personally know of were very much in the freedom movement and national mainstream.”

Besides the leading individuals, the Catholic Church in India with its wide network of educational institutions all over India contributed immensely to the nation’s freedom by creating a consciousness in students. Education helped inculcate the ideals of liberty, equality and fraternity in the minds of thousands, motivating them to challenge all forms of slavery.

However, conscientious Indian Catholics should feel sad that Christian soldiers of the freedom struggle do not find a place in the public discourse and in any textbook. If Jesus himself is removed from school textbooks, then what chance is there for Catholic freedom fighters?