'So many murders': Pope mourns priests killed in Mexico 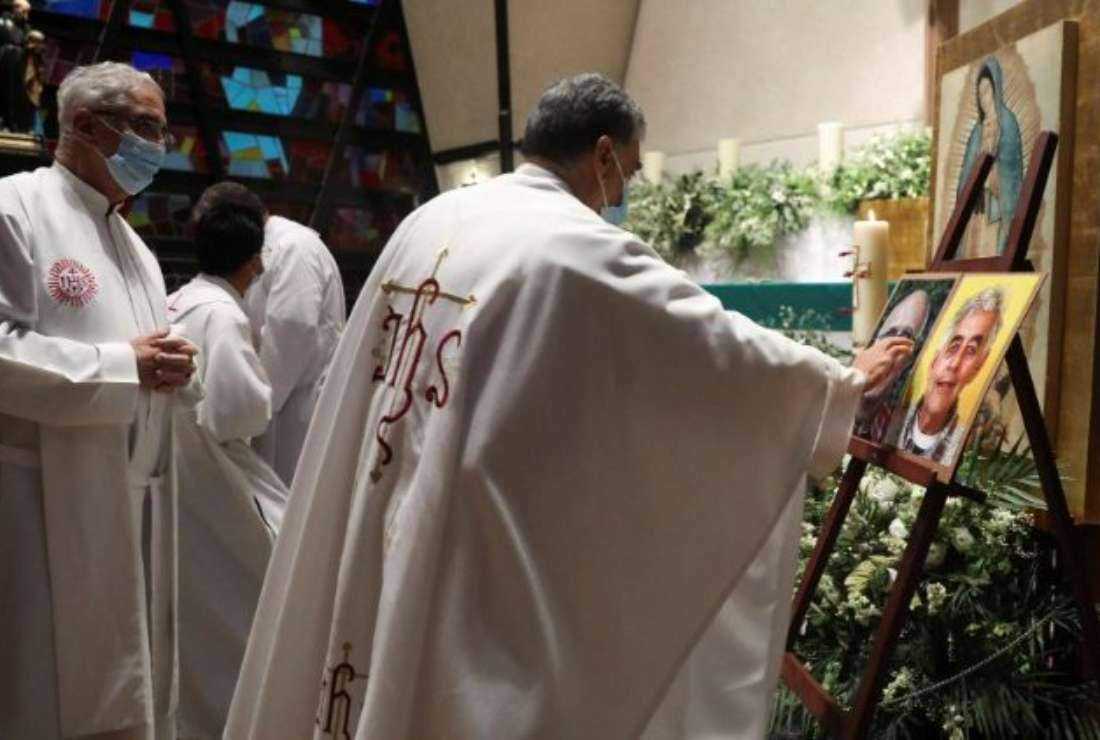 Pope Francis has lamented the spiral of violence engulfing Mexico after two Jesuit priests and a man seeking sanctuary were gunned down inside a church.

The pope, himself a Jesuit, expressed sadness and dismay over the killings of men he called his "brothers" in the mountains of the northern state of Chihuahua.

"So many murders in Mexico. I am close, in affection and prayer, to the Catholic community affected by this tragedy," the pontiff said at the end of his weekly audience at the Vatican on June 22.

Priests Javier Campos, 79, and Joaquin Mora, 81, were shot dead in the town of Cerocahui on June 20 "while trying to defend a man who was seeking refuge," according to the order, also known as the Society of Jesus.

The pursued man, who worked as a tour guide, was also killed and his body taken away with those of the two priests.

About 30 priests have been killed in Mexico in the past decade, according to the Centro Catolico Multimedial, a Catholic organization.

More than 340,000 people have been killed in a wave of bloodshed in Mexico since the government deployed the army to fight drug cartels in 2006.

Mexican President Andres Manuel Lopez Obrador said on June 22 that the alleged murderer had been named and that a manhunt was under way.

The suspect, who was identified by another priest present in the church, was already wanted for the murder of a US tourist in 2018, he told reporters.

"That area of the mountains has for some time been infiltrated, penetrated, dominated by crime," Lopez Obrador said.

The three bodies were placed in the back of a pickup truck by armed men, covered with plastic and taken away, according to Father Luis Gerardo Moro Madrid, head of the Jesuits in Mexico. "We demand justice," the order said.

Experts say Chihuahua is an important transit route for illegal drugs bound for the United States and violently contested between rival trafficking gangs.

Father Jorge Atilano Gonzalez, also a Jesuit, told a local television station the priests had attempted to intervene because they knew the assailant, who was from the area.

"He wanted to confess" after the shooting, he said, citing the testimony of the third priest present. "What we believe is that he was in a state of alcoholism or addiction because of the reaction he had," he added.

The office of the UN High Commissioner for Human Rights in Mexico condemned the killings, saying the priests had carried out "important social and pastoral work" among the Raramuri, or Tarahumara, indigenous people.

"The murder of these two well-known priests reminds us of the situation of extreme violence and vulnerability faced by the communities of the Sierra Tarahumara in Chihuahua," said UN human rights representative Guillermo Fernandez-Maldonado.

The Mexican Episcopal Conference called for a rapid investigation as well as increased security for the country's clergy.

It is common for religious leaders in Mexico to act as defenders of their communities and as mediators with criminal gangs operating there.

In states such as Michoacan and Guerrero, some have even entered into dialogue with drug traffickers in a bid to keep the peace in largely poor regions with little government presence.