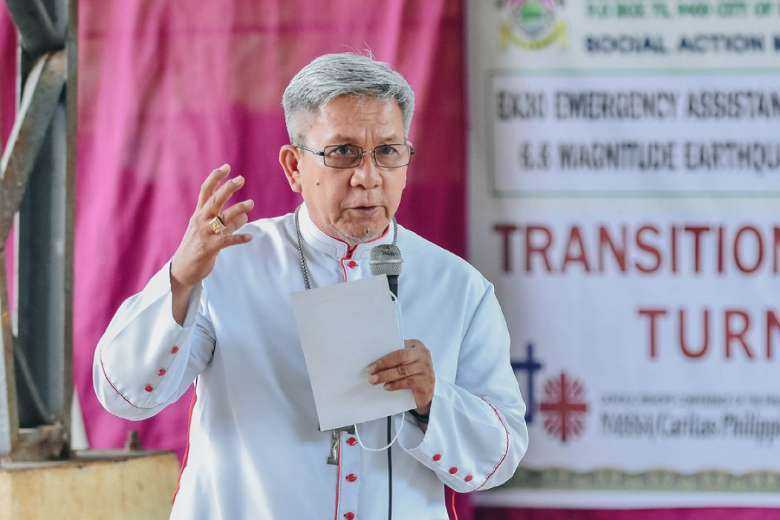 A Catholic bishop and lay group have joined rights organizations to denounce and call for an investigation into the killing of nine activists by security forces in raids in four Philippine provinces on March 7.

Police and soldiers shot the activists while serving search warrants to look for firearms and explosives.

The couple were reportedly shot in the presence of their 10-year-old son.

The killings have sparked a public outcry, with the Church leading calls for justice.

“The blood of these fellow Filipinos is literally crying for justice as they are wiped off the floor tiles of their homes,” the Council of the Laity of the Philippines said in a statement on March 8.

The group called on the Filipino people to stand for due process and the right to a fair and just trial.

“We call on peace-loving Filipinos to make strong statements of condemnation against these brutal and organized atrocities,” the group added.

“We also call on our lawmakers and magistrates to give justice and show to the world that we are still ruled by laws and not by men.”

The Catholic bishops’ social action group urged the Commission on Human Rights to investigate the killings.

Bishop Jose Colin Bagaforo of Kidapawan in Mindanao called the killings the result of a “red-tagging” culture promoted under the Duterte administration.

Red-tagging is the blacklisting of individuals and organizations critical of the government by branding them communists or members of insurgent groups.

“We denounce the unnecessary use of force and violence in the government’s quest for peace which only victimizes the poor and the vulnerable,” he said.

He also condemned Duterte recently urging security forces to “kill” and “finish off” armed communist rebels and “not think about human rights”.

Karapatan secretary-general Cristina Palabay said her group would not be threatened or silenced by the killing of its members.

“We urge all Filipinos to condemn these raids and to stand with us in the struggle for justice and in defending people’s rights,” she said.

Palabay also urged the Commission on Human Rights to investigate the raids and “ensure that justice and accountability is served for the victims of state terror and fascism.”