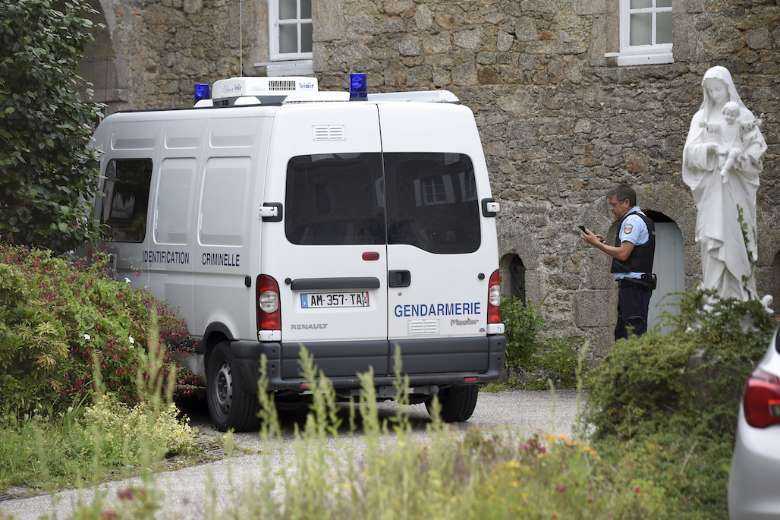 Father Olivier Maire, who was murdered in western France on Aug. 9, was the local provincial superior of the Montfort Missionaries, a global Catholic religious order founded by St. Louis-Marie Grignion de Montfort.

Police found the body of the 60-year-old priest in the town of Saint-Laurent-sur-Sevre in a religious community where he lived.

Investigators say his suspected murderer Emmanuel Abayisenga, a 40-year-old Rwandan, is also accused of setting fire to a cathedral in Nantes last year.

Police say the suspect was living with the priest at the time of the murder.

The priest was apparently shot dead but police have not yet released the autopsy report, AFP reported on Aug. 10

The murder took place in the town where St. Louis-Marie Grignion de Montfort is buried.

During primary questioning, Abayisenga reportedly admitted to killing the priest

The suspect was staying with Father Maire at the time of the murder, confirmed a statement issued jointly by the French bishops’ conference and the Conference of Religious of France

Media reports said Abayisenga set fire to Nantes cathedral in July 2020. Following the arson attack, he was placed under judicial custody before being freed. He reportedly received treatment in a mental hospital but left the facility in late July.

The slain priest had been welcoming him to his church for several months.

During primary questioning, Abayisenga reportedly admitted to killing the priest.

He pronounced his solemn profession with the Montfort Missionaries in 1986. He was ordained a priest in 1990.

The Diocese of Luçon published the biography of Father Maire and hailed him as a great clergyman.

Originally from the Diocese of Besançon, the priest spent many years in Africa, then in Rome. A biblical scholar, he also had a degree in psychology.

The priest considered what St. Louis-Marie Grignion de Montfort wrote 300 years ago important in explaining and living the Catholic faith, his biography said. He was also known as a popular retreat preacher.

In 2016, the French Catholic television station KTO interviewed Father Maire for a broadcast to mark the 300th death anniversary of the order’s founder in Saint-Laurent-sur-Sevre.

The priest presided over a Mass to mark the 300th anniversary of the arrival of Blessed Marie Louise of Jesus in Saint-Laurent-sur-Sevre on Oct. 11, 2020.

She partnered Montfort to establish a women's religious order, the Daughters of Wisdom.

“This is what Marie Louise could have said to everyone this morning: share your life. Live a life of sharing with others. Don’t waste your life by living it alone, isolated, protected from the world, protected from others — you have to protect yourself from the virus but not from others,” Father Maire reportedly said during the celebration.