Determined not to waste a good crisis, the CCP is using Covid-19 to strengthen its control of religion 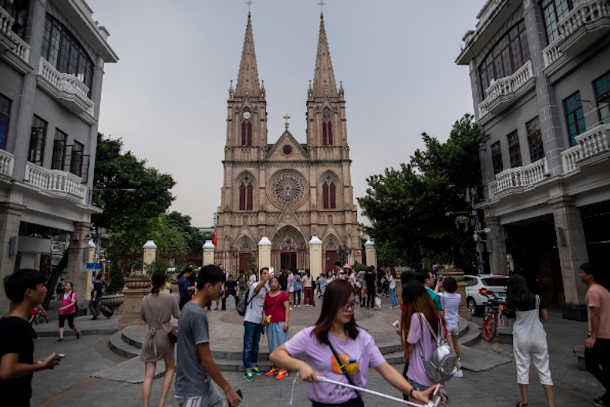 It seems increasingly clear that the ruling Chinese Communist Party (CCP) will leverage the closure of churches due to the Covid-19 pandemic to drive home its program of so-called sinicization, setting in stone the creeping changes that have been put in place via two rounds of tough regulations of all religions in the past two years.

As they say in politics, never waste a good crisis. The CCP has been leveraging the coronavirus in extremis on several levels. For religion, the timing could not have been more serendipitous, coming just a year after new tougher rules on religion were announced; the pandemic provided a unique opportunity for strict national implementation.

The deal was sealed by simply refusing churches permission to operate if they had not fully complied with a welter of regulations. Under-18s are now permanently banned, a disaster for the priesthood that is already forcing quick innovation. Multiple property strictures are expected by observers to be wielded increasingly ruthlessly against underground Catholics and Protestants. Church operating hours have been squeezed and the use of churches more tightly regulated.

Non-church activities have been banned, changed or must be carried out under strict supervision and surveillance. The message from the CPP is clear: religion should be carried out and left in the church itself. This follows the banning of religious texts and an increasingly harsh campaign to force underground clergy to sign up to the state-run Chinese Catholic Patriotic Association, which has taken from the Vatican every aspect of the Church’s administration and governance.

Xi Jinping’s policy is predicated, as it was more dramatically under Mao Zedong, on the paranoia that organized religion is a potential threat to the all-powerful state. The logic is that a non-party-controlled pan-national network could be co-opted by forces of resistance. Indeed, there is a historical precedent that the Catholic Church (and other religions) has used its network for resistance purposes on many occasions during both civilian and cross-border conflicts.

The Church was also a major force under the papacy of St. John Paul II in using its heft to bring down communism in Poland, a movement that led to the collapse of the world’s first Marxist-Leninist bloc under Soviet Russia. It is Russia, obsessively, to which the CCP constantly looks to identify what it considers were the elements or “mistakes” that led to its largely self-inflicted collapse.

This is the message surging Christian (although, ironically, not Catholic) numbers of worshipers in recent decades sent to Beijing: that left unchecked to keep blossoming, Christianity may help provide an awakening, an urge for freedom.

The end game of this round of religious repression is to further shrink the space in which religion can operate in China’s fast-emerging surveillance state. It is also winding back the relative freedom that the Church, other Christian denominations, Islam, Buddhism and Daoism had enjoyed from 1978 until 2013.

China wants to make the “Western” religious so regimented that they look like part of the state. This removes one of the great attractions of Catholicism, Protestant faiths and Islam — they provided a place of refuge from the all-seeing and knowing state. With Xi’s new-look religion, this important spiritual rather than political message becomes much harder to sell. Xi’s bet is that this will cause religion to soon flatline in numbers and hopefully start to recede; if religion looks and smells so much like the party, but still comes with persecution and can limit careers, why would they bother?

To give the CCP its due, its methods have become more subtle and nuanced and its all-encompassing propaganda machine indistinguishable from the one George Orwell described in his prescient China blueprint Brave New World.

Rather than shuttering churches and throwing clergy and lippy laypeople in jail as Mao did, Xi Jinping’s CCP found a way of locking the Church and other religions in more tightly with the state and called it sinicization.

Having been gently prodded into placing pictures of Xi in churches alongside Jesus Christ and his mother Mary before Covid-19 arrived, churches are now unable to open if they are not there.

Sinicization was originally pitched as introducing more culturally Chinese elements into Catholic liturgy and rituals. It looked, on the surface, to be very similar to what the Church calls inculturation, a term that universally described the melding of some local cultural tradition with Catholic rituals.

But sinicization started morphing to mean a whole lot more. This is a classic trick of authoritarian states where words only mean what the dictators say they do. These special slogans are like onions where each new party speech peels back a new layer of apparent meaning until in the end it is not an onion at all.

And as the scope of sinicization creeps, it will only serve to alienate underground Catholics in particular and have the reverse effect of the Vatican’s intention in signing its 2018 deal with Beijing on appointing bishops. It will mean less rather than more evangelization.

But there is, they say, nothing new under the sun. The model for China’s sinicization was drawn up by England’s King Henry XIII more than 500 years ago when he created the Church of England, sick of a priest in faraway Italy having so much control over his kingdom. Of course, he made himself head of the church. In the same way, the CCP and its chairman-emperor Xi sit atop the Chinese Catholic Church.

What Pope Francis and his diplomats see as a friendly merger is, as the evidence continues to show, actually a hostile takeover.