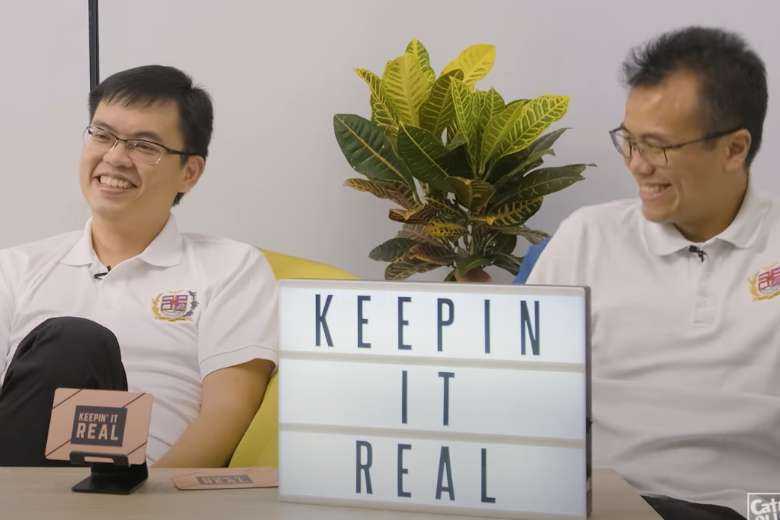 For 10 years Andrew Lin was driven by a "sense of self-worth" that propelled him to seek love in the wrong earthly places until his life took a dramatic and unexpected turn about seven years ago.

Following university, he worked as a general insurance loss adjuster for three years when he met with migrants and blue-collar workers in Singapore. He turned to relationships with girls, hoping they could fulfil him. But he was still bothered by a profound emptiness.

“I didn’t know God and did not have a personal relationship with him and felt empty as a result. I could not relate to God as my Father who loved me, as my own relationship with my parents was distant,” Lin recalled in a post on Vocation Stories.

He joined a seven-week retreat called “School of Witness” that had an emotional session on the “prodigal son” — and that became a turning point in his life.

“I had an incorrect and selfish notion of love, about satisfying my needs, and in hindsight my relationships were very self-centered and somewhat destructive,” he said.

Soon, he made efforts to improve his relationship with his parents and joined the youth community in his Holy Family Catholic Church. He quit his job and started full-time ministry as a youth pastoral worker that he continued for three years.

Through our time together, both in our joys and frictions, I learned so much about myself, my strengths and weaknesses

He learned guitar and piano and joined the parish choir to lead the community in praise and worship. He also composed tunes for Psalms for Mass and beautiful texts of praise, thanksgiving and hope influenced him greatly.

By this time, the seed of religious vocation had started blooming and he joined St. Francis Xavier Major Seminary (SFXMS) in 2015.

Now in the seventh year of priestly formation and studies, Lin is slowly getting close to the threshold of his ordination to embrace priesthood in two years.

Every seminarian has written and posted their unique vocation stories on the SFXMS website that are interesting to read. The stories are promoted through social media to allow Catholics to read and encourage them to send their sons for religious vocation.

For Lin, the community life and living with the fathers and brothers has been an inspiring journey.

“Through our time together, both in our joys and frictions, I learned so much about myself, my strengths and weaknesses. I am given a safe space to be myself, and they help me to become more human, more compassionate and understanding, more appreciative of our individual differences and uniqueness, and to learn to truly listen to one another,” he said.

A passionate musician, Lin loves playing guitar and piano when he gets free time. He plays chess, pool, board games and table-tennis with fellow brothers during leisure.

Lin’s favorite quote by a saint is one by Mother Teresa of Calcutta: “If we could only remember that God loves me, and I have an opportunity to love others as he loves me, not in big things but in small things with great love.”

Lin is one of 17 diocesan seminarians at St. Francis Xavier Major Seminary, which in 2018 moved to a new campus that also accommodates the Catholic Theological Institute of Singapore, which promotes theological formation of Catholic laity in the city-state.

The unique journey to priesthood in the seminary was featured in Keepin' It Real, a special lifestyle show on the official YouTube channel of Singapore Archdiocese, on April 25.

I am a sinner, yet loved and chosen by God

Along with fourth-year seminarians Bernard Tng and Eugene Chan, Lin joined the fifth episode of the show, “Seminarian Showdown.” It garnered praise from Catholic netizens who found it very inspiring.

The trio picked up cards with various questions, conversed and made fun as they answered questions one by one spontaneously. They also shared their vocation stories, about their parents and how the support from their families played a crucial role in the religious vocation.

The questions included “Describe yourself in one sentence” and Eugene Chan, a former teacher and army commando, replied: “I am a sinner, yet loved and chosen by God.”

Bernard Tng, who worked as a human resources employee in a hotel, said about himself: “I’m an extroverted introvert, in a sense whereby, yeah, I can mingle with people, you know, but I need my little shell to go back to recharge my batteries!”

They also laughed and jokingly shared stories about their occupations before joining the seminary.

Lin frankly said that community life is simultaneously encouraging and it offers opportunities to learn and grow, but there are also opportunities for differences and frictions, which can get heated as well.

Despite the worries and pressures, nothing really matters as long someone is fulfilling the will of God, noted Chan, who is now in his regency year in a Catholic parish for practical experience of parish life.

“The worries, the pressures don’t really matter at the end of the day. This whole question is why you worry so much? Worry more about whether or not I am doing the will of God,” Chan said.

After all, “God has his plans,” nodded Lin.