Canossaville has been serving children and their families regardless of race, language or religion since 1941 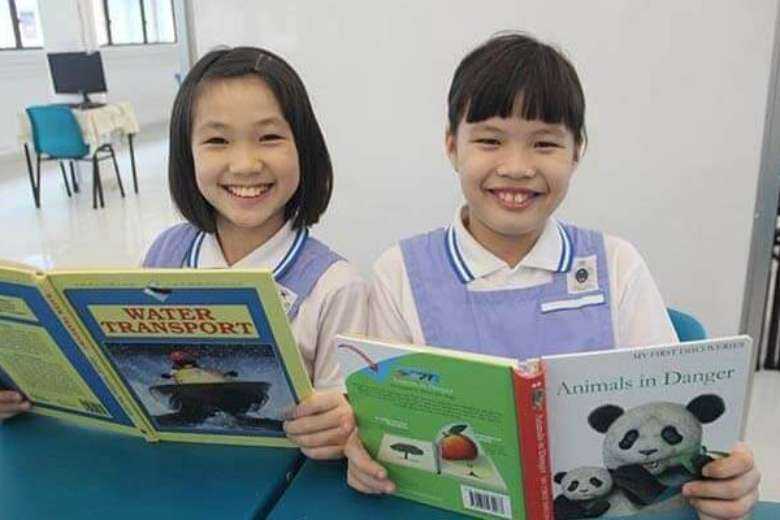 Children are seen at Canossaville Children and Community Services in Singapore. (Photo courtesy of Canossaville)

As the 80th anniversary of Canossaville Children and Community Services approached, a group of Singaporean Catholics decided to raise funds to help the nuns who run vital services for children and the community.

Cyclists and walkers from the C3 and Long Walk SG teams kicked off an online fundraising and awareness campaign, named 800 for 80th, from July 15 to Aug. 15.

Each traveled 800 kilometers as a show of solidarity for Canossaville. With the support of their family and friends, the volunteers raised S$12,000 (US$8,847) for the charity, reports Catholic News of Singapore Archdiocese.

Founded in 1941 and run by the Canossian Daughters of Charity, popularly known as the Canossian Sisters, Canossaville is a Catholic social service agency serving the lives of children and their families across their preschool and primary years regardless of race, language or religion.

The nine C3 cyclists are no strangers but old friends of the residents of Canossaville. Last December they traveled 500 kilometers and raised over S$10,000 for the community.

The cyclists are members of the Church of the Risen Christ, which celebrated 50 years of foundation this year. Their new C3 name stands for Catholic, Cyclists and Charitable.

Team leader Sherwin Lin has special memories of Canossaville. He was only five when his father passed away. Accompanied by his mother, he used to visit Canossaville, where she found great comfort and strength from the counseling of Sister Margaret Syn.

For Lin, the campaign was a way of repaying the kindness of the nuns.

“The Sisters were of great help and even today my mum continues to treasure the advice given her. I still hear her passing on the same advice she received from the Canossian Sisters to others dealing with the loss of a loved one,” he said.

Another cyclist, Jonathan Lee, said that children in Canossaville who face difficult situations in life motivated him to take up the challenge.

“Like cycling, nurturing and educating children involves a long journey with many ups and downs. No matter how rough it gets, we still need to keep moving forward and endure. We remember that many of the children served by Canossaville have faced much tougher situations,” he said.

“If they can do it, what excuse do we have for giving up before we hit our target?”

Long Walk SG is a team of 40 walkers formed in 2020 who meet regularly for long walks.

One of the team members is Diana Ong, a student care teacher in Canossaville. She was also the catalyst for involving the team in the fundraising campaign with the cyclists.

Ong, a member of the Church of the Holy Spirit, says that since joining Canossaville, she has appreciated the charism, vision and passion of St. Magdalene of Canossa, the founder of the Canossian Sisters.

She considers teaching a vocation and each child special and uniquely gifted who should be respected and loved. They should get opportunities to grow up and reap success, she said.

“I am humbled by the lessons I learn when I work with the children, such as how to be my authentic self. I hope the positive experiences the children encounter here will be passed on to their family, friends and community,” said Diana.

She added that she takes courage from St. Teresa of Kolkata who once said: “Not all of us can do great things, but we can do small things with great love.”

We could not have done it by ourselves. This initiative reminds me of God’s blessings on us over the past eight decades

Canossaville’s executive director Sister Theresa Seow appreciates the efforts of the team who put their faith into practice.

“St. Magdalene of Canossa was a pioneer in engaging lay partners in her mission, and today the Canossian Sisters in Singapore continue this proud tradition through efforts like 800 for 80th,” Sister Theresa said.

“We could not have done it by ourselves. This initiative reminds me of God’s blessings on us over the past eight decades. With his guidance, we have managed to touch many lives, and we will continue to lift the lives of many more generations of families to come,” she added.

Canossaville’s services include a mainstream preschool specializing in supporting children with hearing loss, integrated student care and a multi-disciplinary team of professionals who ensure the holistic development of the children and their families.

Patrick* is a five-year-old student at Canossaville Preschool who suffers from bilateral hearing loss. Since enrolling in 2019, he could only communicate with one to two words. His teachers said he was not sociable or interested in participating in class.

Thanks to efforts by the multi-disciplinary team with individual speech therapy and small group intervention sessions in collaboration with his mother Monica*, the boy has improved significantly, Catholic News reported.

Patrick has been developing well and is meeting his development milestones. He now speaks confidently and participates in class. He has also learned to socialize and his peers like him.

Canossaville continues its mission to serve children with the motto: “We believe every child deserves equal opportunities to succeed. This is what drives us.”

This article uses material from a report titled “The 800km challenge for Canossaville” published by Catholic News on Aug. 22. *Names have been changed to protect privacy.