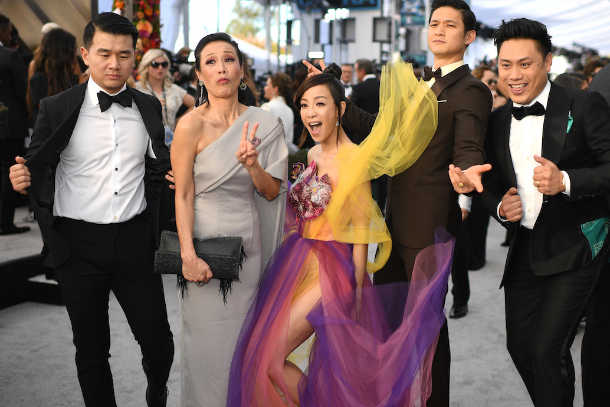 Singaporean academic and former diplomat Kishore Mahbubhani says the coronavirus pandemic may be a signal that it is time the West learned from other people.

Mahbubhani, who specializes in relations between the West and Asia, believes that Asia's economic, technological and cultural progress is significant in our times.

He was Singapore's permanent representative to the United Nations and president of the United Nations Security Council for 15 months until May 2002. He believes the pandemic offers the West a chance to end its condescension and correct its perception of Asians. The following are excerpts from an interview Carol Isoux had with him.

Isoux: The Covid-10 death toll makes us feel Asia is doing better than Europe. Why?

Mahbubhani: Let me insist: the crisis is far from over. We are not even halfway through it yet, so we have to beware of snap judgments. However, the first figures of Covid-19 deaths — coming to us not just from China but also from Vietnam, Korea and Singapore — seem to be dramatically lower than European mortality rates. We do not yet have a scientific explanation. But we can assume that the political management of the crisis has been better in Asian countries.

Isoux: We see practical measures like free distribution of masks, and their compulsory wearing, even in so-called developing countries such as Thailand or Vietnam. How could such measures be implemented?

Mahbubhani: Of course, there is the question of mask manufacturing in Asia and industrial power, but not just that. For decades, we have seen governments in the United States and Europe delegitimizing, demoralizing and underfunding public institutions. People in Asia have embraced the idea of a strong state and believe that the invisible hand of the market should be guided by the visible hand of good governance. As revenues have increased in most countries in Asia, public institutions have expanded. Not just the hospitals but all institutions that have a say in a health crisis. Therefore, health departments have been able to send teams into the field at an early stage of virus infections. If there is anything to be learned from this crisis, it is the importance of well-funded, well-governed public institutions that can react quickly.

Isoux: So you think Asian governments are coming out of this first part of the crisis stronger?

Mahbubhani: Absolutely. There is satisfaction among people as well as an increase in cultural self-confidence in the idea that one can do as much as, or even better than, the West. The West ceases to be a model. Another factor has been the confidence of people in their governments, which is fundamental for the rapid and practical application of public policies. This confidence is due, I believe, to more meritocratic systems, where there is much more social mobility than in Europe. In China, only the best people from the public universities — and many of them from the scientific fields in particular — are invited to join the Communist Party's governing bodies. It helps to ensure that, on the one hand, good brains are in government and, on the other hand, citizens can still identify with members of the government. Reports by American researchers estimate the Chinese people's confidence rating in their government is at more than 80 percent.

Isoux: Isn't this due, at least in part, to ideological brainwashing?

Mahbubhani: That argument has not aged well. Perhaps in the USSR days, without the internet and with a ban on travel, people could have been brainwashed. Today, the Chinese have access to all the information they want. Some 150 million of them travel every year and return to China. The foundation of the confidence of East Asians (Chinese, Taiwanese, Koreans, Singaporeans and, to a lesser extent, Vietnamese) in their governments is economic prosperity and a radical transformation of living standards within two to three generations. The Chinese have seen more improvements in their living conditions in the last 40 years than in the previous four millennia. They do not fully understand why the West still wants to give them lessons on the best model — of liberal democracy and moral superiority — when so many Europeans and Americans seem to be suffering.

Isoux: Are you saying the pandemic has thus brutally exposed the depth of the West's economic and identity crisis?

Mahbubhani: Absolutely. When hospitals are stripped, when the impoverished middle classes come screaming their despair in the streets — as the Yellow Vests did in France — when two-thirds of American families do not have US$500 set aside for emergencies, the West can no longer claim to be a model. For more than 200 years, Asia, led by China and India, has been learning from the West — its medicine, its arts, its technologies and its integrated systems — and adapted them. This has enabled their success today. Why shouldn't the West start learning from others? If you want to export your model, do so by being a shining example of success and harmony, not by throwing sanctions or bombs at countries that think differently.

Isoux: What could they learn from Asians?

Mahbubhani: Their pragmatism and flexibility. Take ASEAN [Association of Southeast Asian Nations], for example, in comparison with the European Union. Some decisions are taken unanimously, but often only a small group of countries are involved ... So we don't find ourselves in radical situations like Brexit ... With Europe, you have to be completely in or completely out, but there could be intermediate paths. We had some exchanges between members of the European parliament and Southeast Asians, but to be frank the Europeans' attitude was one of condescension.

Isoux: China faces international criticism over its lack of transparency. Do you think this relates only to the pandemic crisis or is it an expression of a deeper anti-Chinese or even anti-Asian feeling in the West?

Mahbubhani: China has answers to offer, but we are still in the middle of the fight against this virus, and this obsession with pointing the finger at a guilty party does not help us much. We should rather let the scientists talk among themselves to find a solution. I think that we are not yet out of the "yellow peril" — the fear of those little yellow men without scruples who cannot be trusted. But as the European discourse does not tolerate any reference to race, we cannot talk about it. I would prefer that there be a space to freely discuss and rationally analyze these clichés to see if they still influence the West's perception of China and other Asians.

This is an adapted version of an interview that first appeared in Eglises d'Asie (Churches in Asia), a publication of the Paris-based Missions Etrangères de Paris (MEP) or Paris Foreign Missions Society.