New government policies are stoking the fires of tribal conflict 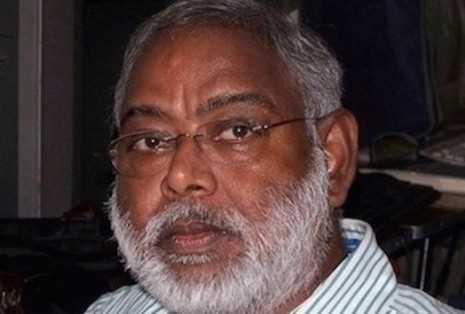 A recent report from India’s Intelligence Bureau demonizing non-government organizations (NGOs) and several activists including a Catholic priest -- the late Father Thomas Kocherry --  was a precursor of more direct action to come.

All were accused of working against Indian national interests.

Prime Minister Narendra Modi’s government took immediate action, ordering Greenpeace, which it had targeted as the prime culprit in delaying if not preventing big money projects in tribal areas, to obtain permission before trying to seek any funding from overseas.

That is not to say that the previous Congress government did not use the notorious Foreign Contribution Act to punish NGOs in Tamil Nadu.

The initiatives that suffered included a Catholic diocese, for supporting a local people’s movement against a nuclear power plant at Koodamakulam.

Critics said the federal and state governments wanted the plant not so much for the electricity it would produce but for the political gains it could bring Congress and the AIADMK party that ruled the state.

The risks posed by the Russian-made reactor could be overlooked in the name of development.

However, the Bharatiya Janata Party-led National Democratic Alliance government in New Delhi differs in a critical area from its Congress predecessor.

The Congress-led United Progressive Alliance government led by Manmohan Singh was pilloried for its inertia, its corruption and its inability to control inflation.

But it had a human face that changed the lives of the rural poor through a slew of welfare programs that did reduce the pain of poverty a little.

Above all, it did not seek to divide people along the lines of religion or egg them on into violence.

Modi’s government carries a deadly political baggage that seeks to do just that, polarize communities, pitting the majority faith against religions that it brands as alien.

In the mineral rich and heavily forested tribal belt that extends from Jharkhand to Madhya Pradesh and beyond, including much of Chhattisgarh and Odisha, this polarization has almost totally wrecked unity among people against exploitative and environmentally destructive industrial and mining projects.

By attacking ethical NGOs empowering people on the one hand and unity in people’s movements on the other, the government has opened the doors for exploitation by crony capitalists.

This can be seen in a move in June by several village councils in Chhattisgarh’s Bastar region to ban entry of Christian workers, and prevent Christian worship, in their areas.

It was prompted by the hardline Hindu groups such as the Vishwa Hindu Parishad and the Akhil Bharatiya Vanvasi Kalyan Ashram.

The village council diktat is that only Hindu religious workers will be allowed into village areas in the tribal belt.

This is of course entirely illegal, and violates the constitutional provisions of freedom of expression and movement.

The coercive methodology of branding every tribal as a Hindu, and make him or her oppose Christians, injures the secular nature of society and the peace that has existed there for such a long time.

Such bans on a particular faith and the frictions they breed can so easily lead to violence against religious minorities.

Memories of the extreme violence in Kandhamal in 2007 and 2008, which had its roots through such indoctrination and communalisation, are still fresh, and the struggle for justice for the victims still continues in the courts.

The state government of Chhattisgarh and the federal authorities in New Delhi must therefore act urgently to stem this explosive evil while there is still time.