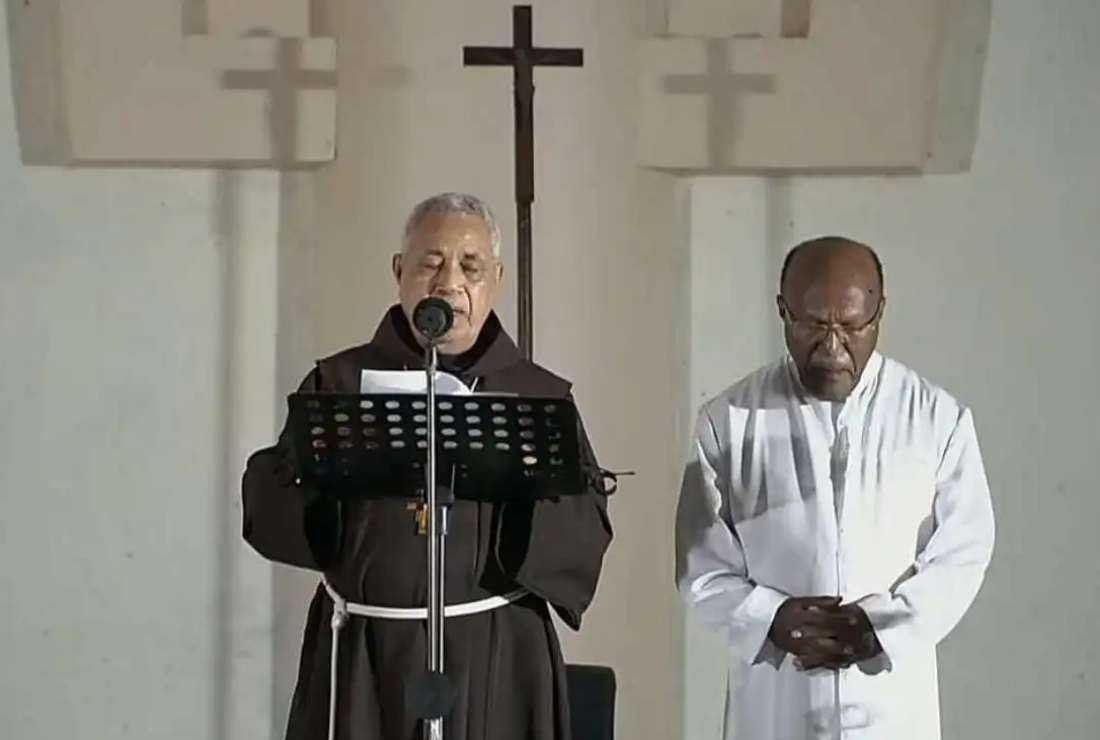 After years of prayerful waiting, Catholics in Indonesia’s Papua finally have what they want — a bishop from their own ranks.

Nearly 70 percent or about 3 million of the total 4.3 million population of this underdeveloped province are Christians. Around 675,000 are Catholics. Additionally, there are around 90,000 Catholics in West Papua out of a total of 1.1 million inhabitants.

Catholics in Papua live in the dioceses of Jayapura, Timika, Manokwari-Sorong, Agats-Asmat, and the archdiocese of Merauke. Among these five, Jayapura diocese is the oldest.

Over the last several years, especially since Franciscan Bishop Leo Laba Lajar turned 75 four years ago, Catholics in Jayapura diocese have appealed to the Vatican via Indonesian bishops to appoint a native Papuan. A similar appeal came from Timika Catholics after the death of Bishop John Philip Saklil in 2019.

Bishop You's appointment is not just good news for Papua Catholics. It elevates their cultural identity that has been underestimated for decades and also shows recognition of the maturity of the faith of local people who embraced Christianity over a century ago.

The Catholic mission in Papua began in 1894 when two Jesuit missionaries arrived in the area now known as Fakfak. Soon, the territory was handed over to Sacred Heart Missionaries (MSC) who in the early 1900s sent a group to work among Papuans. Later, Franciscan missionaries joined them.

In 1949, a more structured Catholic Church began with the establishment of the Prefecture Apostolic of Hollandia, which later became Jayapura diocese.

Not having a local as their bishop was a big concern for Papuans who have lived for decades under the shadow of violence.

Poverty, brutality and discrimination since Papua was annexed nearly 60 years ago forced them to look for some kind of recognition, which was hard to obtain from the Indonesian government.

Their only hope was the Catholic Church. But for many Papuans, the Church was "near yet far."

They felt as if the Indonesian bishops had abandoned them and developed distrust in the hierarchy.

Last year, Catholics in Papua even issued a vote of no confidence in the leadership of the five bishops in Papua and the Indonesian Bishops' Conference in general. They demanded that all bishops in their region be replaced by native Papuans who would know better the geographical, anthropological and social dynamics of Papuan life.

"Papuans want other bishops in the region to act bravely"

It became a serious issue with disappointment in the Catholic Church having grown sharply.

Bishop You may be the first ethnic Papuan bishop but a taste of what it’s like to have a "Papuan" bishop came in the form of Bishop John Philip Saklil of Timika. He was appointed by Pope John Paul II when Timika diocese separated from Jayapura.

Bishop Saklil was born in Papua, but since his parents came from Maluku, he was not considered a native bishop.

His siding with the people, even openly opposing Indonesian corporations encroaching in Papuan forests, earned him their love.

Papuans want other bishops in the region to act bravely. Will Bishop You be able to meet people’s expectations? Only time will tell.

Catholics in Jayapura diocese recognize the new bishop as someone who has been faithful and committed to serving the people.

Ordained a priest in 1991 after completing four-year training at the Fajar Timur Institute of Philosophy and Theology, where he is currently the president, Bishop You has served Papuan Catholics in different parishes.

Having a doctorate in anthropology from a Papuan university, he is believed to be the right person to assume the role of bishop. He knows the struggle of the people.

This doesn’t mean non-native Papuan bishops are not good shepherds.

Papua's situation is more complex than in any other part of the country. Bishop You's appointment narrows the gap between Papua-born Catholics and outsiders.

The impact of that is tremendous. Amidst people’s helplessness in the face of uncertainty, due to decades of intimidation, discrimination and violence, the Catholic Church hasn’t abandoned them.

It’s important for Papuans that the Church stands by its people. It’s believed that this will help restore people's trust in the clergy.

The presence of native Papuan bishops can rebuild the shattered hopes of Papuan Catholics who feel the dominating presence of people and clergy from outside Papua.

It’s certainly not the case that this means Catholics are also pushing for Papua to separate from Indonesia.

They want a native Papuan bishop, not for political purposes nor to support independence. They simply want a Church that is increasingly rooted in Papuan culture.

They just want a leader who understands their situation and life struggles.