Sign language Mass in Kerala hailed as first in India 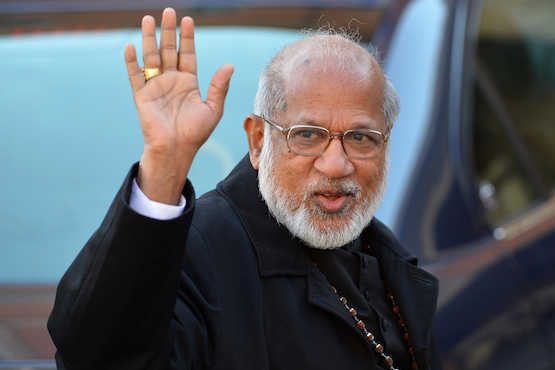 Indian cardinal George Alencherry has led a Mass for the hard of hearing in Kerala. (Photo by Vincenzo Pinto/AFP)

Cardinal George Alencherry, head of the Syro-Malabar Church, led a Mass for the hard of hearing on Sept. 11 assisted by priests and nuns trained in sign language.

Local media called it a first in India.

Some 200 people attended the Mass at the church’s headquarters in Kochi, the commercial capital of Kerala. People with hearing problems from all 15 dioceses in the southern state attended the program.

“All the dioceses will arrange Mass for you, whenever you need. Please let us know,” Cardinal Alencherry said at the end of the Mass.

The church is realizing the increasing need for pastoral care for physically challenged people. Other sacraments including confession will also be administered in sign language, he said.

A video of the Mass went viral on social media and was featured by local mainstream media who called it a first in India. The cardinal said such liturgical services are already available in many other countries.

The church in India could not do it before for want of people trained in sign language, he said, adding the Eastern Church’s synod has now decided to have such services in all its 33 dioceses across India.