Shining a light on the Church's dark secrets

Without transparency, how can there be moral authority? 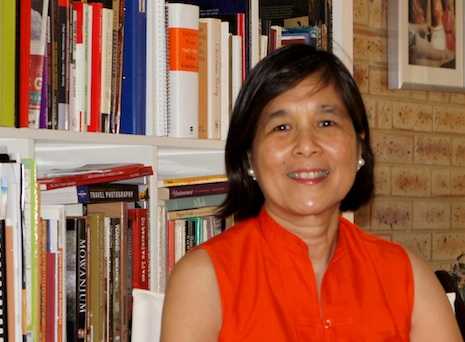 This week, as a retired cardinal was barred from public duties for his role in the cover up of sexual abuse in the United States, the head of the Vatican’s Congregation for the Doctrine of the Faith said a "concerted campaign" is going on in Europe and the US to discredit the Catholic Church.

In an interview with the German newspaper Die Zeit, Archbishop Gerhard Ludwig Müller said the growing criticism in social and mass media in North America and Europe used campaign tactics of totalitarian ideologies against Christianity.

He likened the sentiment to that of the pogroms, the organized and officially encouraged massacre or persecution of minority groups.

Criticism has built up over the last 10 years with cases of Catholic clerical abuse being established in the US, Canada, Australia, Germany, the Netherlands and Ireland.

In December 2002, US cardinal Bernard Law resigned after documents showed bishops in Boston failed to act despite knowing about sexual abuse by some priests.

An Australian Royal Commission is currently hearing cases of abuse of minors in a range of public and private schools and residential homes including those of the Catholic Church. A separate parliamentary inquiry by the state of Victoria has received statistics that abuse committed by Catholic clergy were six times higher than for all the other churches combined, "and that's a conservative figure."

A detective testified that the Catholic Church interfered with his investigations. "I can testify from my own experience that the Church covers up, silences victims, hinders police investigations, alerts offenders, destroys evidence and moves priests to protect the good name of the Church," Chief Inspector Peter Fox was quoted as saying.

Based on testimonies of victims and those who sought to ferret out the truth, it seems that if there is any orchestration at all, it is from the side of a powerful hierarchy. Some have called it a clerical culture of impunity. If truth is hard to come by in secular states, how much more difficult is it in countries where clergy and the Church are held on a pedestal?

While heads were rolling in Boston in 2002 around sexual abuse and its cover-up in the Church, the bishops in the Philippines made their own disclosures.

Archbishop Orlando Quevedo, then president of the Catholic bishops conference, revealed that about 200 of the country's 7,000 priests may have committed "sexual misconduct" – including child abuse, homosexuality and affairs – over the past two decades."

Quevedo was reported as saying that a protocol is being drafted by the bishops on dealing with sexual abuse cases. Ten years hence, that code of conduct has yet to be put in place. They are now being finalized for presentation to the Congregation for the Doctrine of the Faith.

No doubt “deep theological, spiritual, anthropological and pastoral issues” undergird these developments. In what is probably the most candid and comprehensive discussion by a high-ranking Filipino churchman, Cardinal Luis Antonio Tagle described the situation as a “crisis” and acknowledged the culture of shame in Asian cultures behind the silence of victims.

He called for deeper listening to victims and congregations affected by sexual abuse. “We should find an effective way of allowing people to voice hurts, to grieve, to understand, to forgive, to institute reform, and to move on in hope. The Asian propensity to quickly restore “harmony” often makes us believe that healing has already occurred when it really has not. We need to discover ways of community healing akin to Asian sensibilities.”

He listed valuable strategies to address personal hurt, broken relationships, legal issues, ecclesiastical concerns, cultural grounds and even advised a reassessment of the Church’s relationship with the media. If adopted, these strategies would go a long way.

What is missing, however, are the specific institutional structures that would hinder churches from covering up complaints. How much independent intervention is needed to dealing with sexual misconduct complaints? How are standards such as those in other professional-client relationships set up and monitored? What are the confidentiality clauses linked with monetary settlements to cover up a crime?

Considering the high financial and socio-cultural costs of victims, it is facetious for the Church to simply urge victims seek redress from the courts. If the Church is to be a church of the Transfigured Jesus, it needs to be more transparent -- a shining light within its own structures and processes.