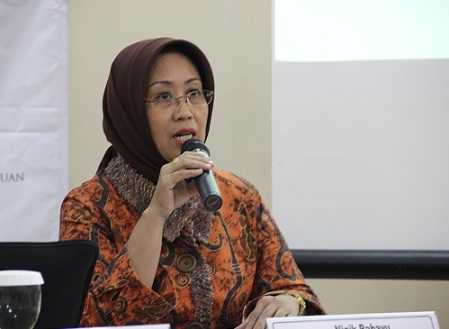 Some 59 percent, or 2,521  attacks out of a recorded 4,293  assaults on women were sexually motivated, according to the National Commission on Violence against Women (Komnas Perempuan).

Most sex attacks involved rape or molestation,  Komnas Perempuan said in an annual report released on Thursday ahead of International Women’s Day on Friday. Many of the victims were aged between 13 and 18, the report added.

The commission cited a gang rape last April in Tangerang,  30 kms from Jakarta, as one of the most extreme cases.

On April 6, 2012, six men raped and then killed a 24-year-old university student. The mastermind was later sentenced to death and the others sentenced to 20 years in prison.

Recorded figures, however, are probably just the tip of the iceberg, Komnas Perempuan said.

“There are still many women not brave enough to tell others about the attacks they suffer,” said Ninik Rahayu, a member of the commission’s policy and law reform desk.

A lack of education, or respect for women are the main causes behind the high rate of sexual violence, Rahayu told ucanews.com .

“It is about mindset. Men in high authority tend to belittle women,” she said.

“Worse, our society has seen women as weak objects since time began.”

Earlier this year a provincial judge vying for a seat in Indonesia’s Supreme Court caused an outcry by suggesting women enjoyed being raped.

South Kalimantan high court judge Daming Sunusi was asked by a vetting panel whether the death penalty should be applied to rapists.

"Both the victims of rape and the rapist might have enjoyed their intercourse together, so we should think twice before handing down the death penalty," the 60-year-old judge replied.

Rahayu said “the government must immediately change attitudes through an education system which respects women.”

“To fulfill, to protect and to respect … these are the government’s responsibilities,” she said.