The Diocese of Fargo said July 2 it has added the late Bishop James S. Sullivan, sixth bishop of Fargo, to its list of clergy with credible accusations of sexual misconduct with a minor.

The diocese said it took this action after it was informed by the Diocese of Lansing, Michigan, that an investigation of accusations of sexual misconduct with a minor from decades ago made against the late bishop were deemed credible. Bishop Sullivan was ordained as a priest for the Lansing Diocese in 1955.

"The accusations allege the incidents took place several decades ago when Bishop Sullivan was a priest in the Lansing Diocese," the Fargo statement said. "There have been no allegations made against Bishop Sullivan during his time as bishop of Fargo or after his retirement. Bishop Sullivan passed away June 12, 2006, in Fargo, and cannot respond to the allegations."

Both accusations stem from the mid-1960s when then-Father Sullivan was living in residence at a parish in Lansing. Both victims were boys who were subject to sexual grooming and inappropriate contact by the priest, the Lansing Diocese said.

"Bishop Sullivan's actions were gravely immoral, deeply scandalous and betrayed both the trust of the Catholic community within the Diocese of Lansing and, more significantly, the faith placed in him by the victims and their families to whom we say: 'This should not have happened to you and we are profoundly sorry that it ever did,'" Kerr said.

The results of these investigations were then forwarded to the Diocese of Lansing Review Board, a seven-person committee that advises Bishop Early A. Boyea of Lansing the assessment of abuse claims. The committee's members are drawn from a range of professional backgrounds, including law enforcement, education and psychology, while also including representation from the clergy and victims of abuse.

"The Review Board concluded that these two allegations against the late Bishop Sullivan appear to be true,” explained William Bloomfield, general counsel of the Diocese of Lansing. 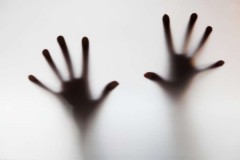 "We are grateful to Bishop Sullivan's victims for coming forward and sharing their stories," he said. "They have displayed great courage and dignity throughout the entire process – they have our gratitude, admiration and prayers."

The first victim was approximately 12 years old in 1964 when then-Father Sullivan subjected him to inappropriate touching and uninvited sexualized conversations, the Lansing Diocese said.

This pattern of behavior continued over the next two years, it said. The second victim was approximately 11 to 12 years old in 1966 "when Sullivan inappropriately touched him." All incidents occurred at the Church of the Resurrection Parish in Lansing where then-Father Sullivan resided at the time.

A native of Kalamazoo, Michigan, James Stephen Sullivan was ordained to the priesthood for the Diocese of Lansing June 4, 1955. After his ordination, he had several parish assignments, then became secretary to Lansing's bishop. He later held a number of diocesan posts, including vicar general, and had additional duties as vocations director. He was named an auxiliary bishop for Lansing Diocese in 1972.

In 1985, he was an auxiliary bishop of Lansing when he was appointed bishop of Fargo. He retired in 2002, as his health deteriorated. He died June 12, 2006, of complications from Alzheimer's disease. He was 76. He is buried at Holy Cross Cemetery in Fargo.

His name was added to the Diocese of Fargo's diocesan list of credible claims against clergy who served or ever lived within the diocese who are on the list of another diocese/religious order.

"The Diocese of Fargo is committed to the protection of youth," the diocese said in its statement. "Please report any incidents or suspected incidents of child abuse, including sexual abuse, to civil authorities."

The diocese said if such incidents or suspected incidents "involve a member of the clergy or a religious order, a seminarian, or an employee of a Catholic school, parish, the diocesan offices or other Catholic entity within the diocese," these also should be reported to the diocese's vicar general, Msgr. Joseph Goering, or to its victim assistance coordinator.

"To make a report of sexual abuse of a minor and related misconduct by a bishop, go to ReportBishopAbuse.org or call 1-800-276-1562," the diocese said.