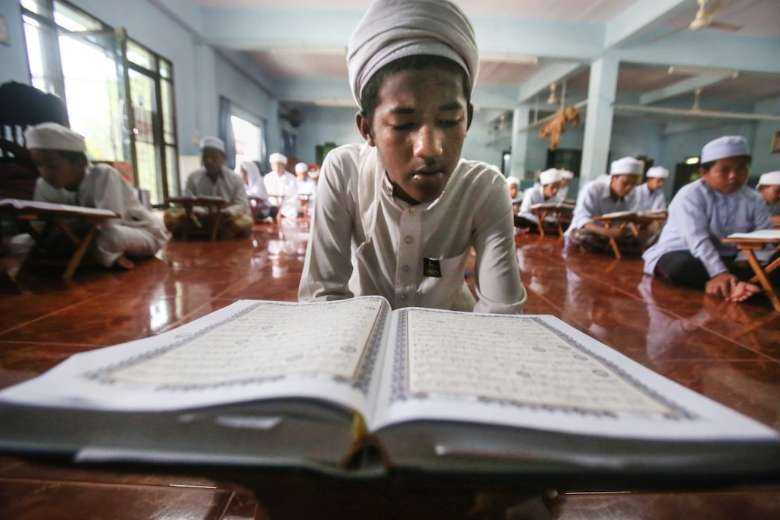 Orphans read copies of the Quran during the Islamic holy month of Ramadan at the Majamma Nuruljinan in Pattani in southern Thailand on April 12. (Photo: AFP)

A truce brokered this month between Islamist separatists and security forces was broken on April 15 by bomb explosions in the southern Thai province of Pattani that left a fisherman dead and three police officers injured.

An explosion set off by a pond in a rural area of the Muslim-majority province shattered a truce declared by Islamist separatists and Thai government officials for the month of Ramadan, which lasts from April 2 to May 1 this year.

A man fishing at the pond was killed in the blast while a subsequent explosion in the same area injured three members of a police bomb disposal team.

A militant arm of the Pattani United Liberation Organization claimed responsibility for the attacks with its president, Kasturi Mahkota, saying it was “business as usual” for the militant group as it had not agreed to the truce between the government and Barisan Revolusi Nasional (BRN), the main separatist organization.

“The talks are not inclusive enough and [they are] going too fast,” Kasturi told Reuters news agency.

Government officials sought to play down the attack by stressing that the truce would remain in effect during Ramadan in an effort to bring a measure of peace to Thailand’s restive Muslim-majority southernmost region, bordering Malaysia, of which Pattani is part.

“The bringing together of groups for the peace dialogue is an internal matter for the other side, and the Thai team is ready and happy to talk to all groups,” the government’s peace negotiators said in a statement on April 17.

The bombs highlighted the seemingly intractable nature of the conflict in Thailand’s deep South where various cells of a shadowy separatist movement appear to act independently of one another with the aim of achieving independence for the Muslim-majority region, which was annexed by what was then the Kingdom of Siam a century ago.

Peace talks between the Thai state and BRN have taken place on and off since 2013, but they have done little to pacify the restive region where well over 7,000 people, both Muslims and Buddhists, have died in bombings, drive-by shootings and other attacks as well as retaliatory action by Thai security forces.

This year alone, there have been a series of bomb and other attacks that have killed or injured dozens of people including civilians.

The Ramadan truce for this month was hailed by Thai negotiators earlier in April as “significant progress” in negotiations.

They added that an “environment conducive to peace” would enable local Muslims to “safely perform their religious practices.”