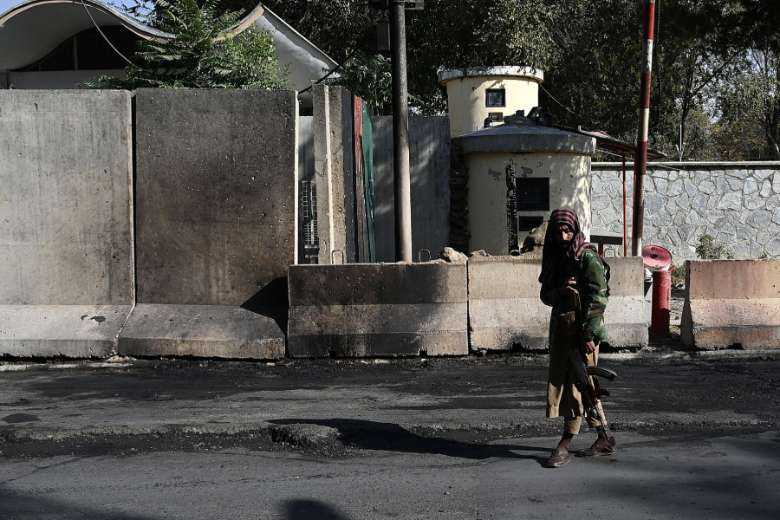 A Taliban military commander was killed when his men responded to an Islamic State suicide bomb and gun attack on a hospital in the Afghan capital.

The Taliban spent 20 years waging an insurgency against the ousted US-backed government before seizing control of Kabul in August.

Now they face the struggle of bringing stability to Afghanistan, which has been hit in recent weeks by a series of bloody assaults claimed by rivals, the Islamic State-Khorasan (ISIS-K).

At least 19 people were killed in the Nov. 2 attack on Kabul's main military hospital, according to a health official who did not want to be named.

Hamdullah Mokhlis, a member of the hardline Haqqani network and an officer in the Badri Corps special forces, is the most senior figure to have been killed since the Taliban seized Kabul.

"When he got the information that Sardar Daud Khan Hospital was under attack, Maulvi Hamdullah, the commander of the Kabul corps, immediately rushed to the scene," the Taliban media official said.

Although both Islamic State and the Taliban are hardline Sunni Islamist militants, they differ on details of religion and strategy

"We tried to stop him but he laughed. Later we found out that he was martyred in the face-to-face fight at the hospital."

The attack began with a suicide bomber detonating his explosives near the facility's entrance before gunmen broke into the hospital grounds.

As part of the response, Kabul's new rulers deployed their special forces to the roof of the building in a helicopter captured from Afghanistan's former US-backed government.

In a statement released on its Telegram channels, ISIS-K said that "five Islamic State group fighters carried out simultaneous coordinated attacks" on the site.

Taliban spokesman Zabiullah Mujahid played down the death toll and said the attack was put down within 15 minutes thanks to the rapid intervention.

Although both Islamic State and the Taliban are hardline Sunni Islamist militants, they differ on details of religion and strategy.

The hospital, which treats wounded soldiers from both the Taliban and former Afghan security forces, was previously attacked in 2017 when gunmen disguised as medical personnel killed at least 30 people in an hours-long siege.

The 2017 attack was also claimed by the Islamic State group and the Taliban denied responsibility.

Daesh came and started firing. We were stuck. We heard firing, glass breaking. We locked ourselves in a bathroom

Witnesses described to AFP a scene of terror as patients and doctors tried to lock themselves in upper-story rooms and gunfire erupted in the latest attack.

One woman who had been trapped in the hospital when the attack began told how she and her friend "felt we were going to die, that our lives were ending".

"There was a blast at the door," Rowana Dawari, a poet and lecturer, told AFP.

"Daesh came and started firing. We were stuck. We heard firing, glass breaking. We locked ourselves in a bathroom," she said, referring to Islamic State by its local name.

"Later, Taliban came and we saw they were with our doctors, so we knew it was OK."