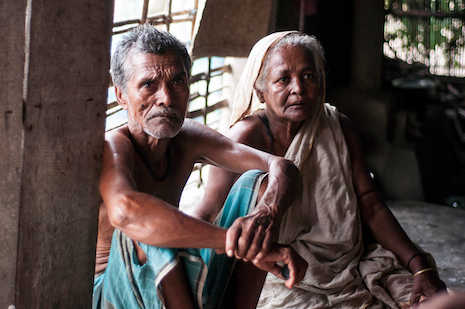 A predicted 1.0-1.5 meter sea level rise by 2050 as a result of global warming would displace millions in low-lying countries like Bangladesh. (Photo by Stephan Uttom)

World leaders have gathered in Paris for the U.N. conference to hammer out a global agreement to address climate change.

Climate change has brought grief and disaster for people in vulnerable countries like Bangladesh, the nation I represent.

The conference has been much talked about and highly anticipated, showing a sense of urgency among people around the world for solid, immediate action on climate change.

There were 20 similar conferences, but they didn’t deliver what developing nations like Bangladesh deserve and expect, largely because of a lack of cooperation from developed industrialized nations who are mostly responsible for climate change through their excessive emission of carbon from burning fossil fuels.

For a poor and vulnerable nation like Bangladesh, addressing climate change is a question of survival. The nation has been experiencing adverse impacts of climate change over the past 15 years.

Bangladesh is a low-lying country, located in the world's largest river delta system and is crisscrossed by hundreds of rivers, making it vulnerable to natural disasters.

Over the years, natural calamities like tidal surges, storms, flooding and river erosion have become even more frequent and extreme, which can surely be attributed to climate change.

Climate experts predict that if the current trend of global warming continues, sea levels will rise by 1.0-1.5 meters by 2050. With this feared rise in sea level, Bangladesh would lose 15-20 percent of its coastal area and about 30 million people would be displaced. Climate change has sparked frequent natural disasters like flooding, storms and river erosion in Bangladesh over the past decade. (Photo by Stephan Uttom)

This disaster is already taking place.

In southern coastal areas more and more agricultural land is being lost to saline water intrusion. In the North, droughts are occurring because of a lack of water during summer.

These disasters force people to migrate to big cities like Dhaka where they live in squalid camps with no guarantee basic human needs will be met. Migration is a common occurrence and is welcome as long as the migration is dignified. Climate change deprives people migrating with dignity.

The main parameters of climate change are seen in temperature and rainfall. Bangladesh sees a gradual rise in average temperature during summer.

We have seen the deaths of many people from sweltering summer heat waves in the past decade. On the other hand, we are also experiencing curtailed but extremely cold winters.

There have also been notable changes in rainfall patterns over the last few years.

Although, the amount of rainfall remains the same, the timeline has changed. Bangladesh used to have rainfall for four months a year, but now it’s less than three months. Sometimes, it rains when it should not, but doesn't rain when it should. So, we have droughts in one part of the country, and flooding in other parts.

These changes in weather patterns and climate are causing havoc for people and agriculture in this country.

The government and nongovernment agencies have been trying to cope with climate change in various ways. They have been promoting rice and wheat species, which can tolerate salinity, drought and flooding.

The government has also constructed dams and dykes to counter flooding and saline water intrusion into agricultural lands. Efforts have been made to collect rainwater for use during water shortages in summer.

But these are short-term solutions, which can be effective for six months to one year. Permanent solutions to climate change mitigation and adaptation need large-scale investment, efficient manpower and modern technology and equipment, which developing nations like Bangladesh can't afford. So, they need help from outside. They must get this assistance because they deserve it.

In earlier conferences, the leaders of major developing nations like the US and Canada didn't sign a legally binding agreement to reduce carbon emissions and keep the temperature rise between 1.5 and 2.0 degrees Celsius, which could be a crucial step against global warming. They even refused to accept the fact that the world's climate is changing.

Developed nations have also failed to contribute to a promised US$100-billion climate fund for developing nations, blaming economic downturns in the West.

This is a lame excuse as they are supposed to donate only 0.07 percent of their annual budget, which is nothing when compared to development and expenditure in those countries. 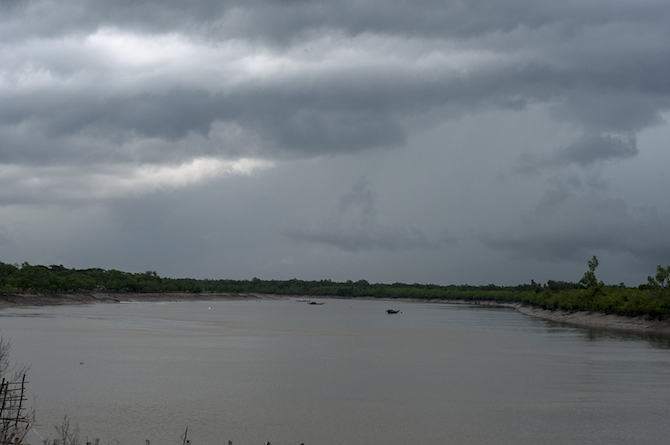 Low-lying Bangladesh has seen a severe impact from climate change, with analysts believing the worst is yet to come. (Photo by Stephan Uttom)

In his groundbreaking environmental encyclical Laudato si' Pope Francis likened the Earth to a "mother and sister" and also called it "our common home."

He decried human greed and excessive wealth and profit, which have caused massive damage to the body of "Mother Earth."

The pope didn’t blame science for disasters such as pollution and environmental degradation, but he sought justice to protect the Earth with a balanced use of wealth. In fact, the pope has tried to make the unheard voices of poorer nations heard among leaders of developed countries in order for proper and responsible action to address climate change to take place.

Hopefully, the pope’s message in Laudato si' would influence and inspire world leaders attending the Paris summit to make the right decision and deliver justice to people in developing countries. It would be better late than never.

The leaders of developing nations can no longer ignore the fact that people are crying and dying due to extreme negative consequences. They should not consider donations to the global climate fund as an act of almsgiving or mercy.

Instead, they must take responsibility and make legal commitments to offer compensation for the damage they have wrought.

The Paris summit is a call for justice and action. Addressing climate change is an obligation for all, especially developed countries. It’s a question of survival for poor, developing nations like Bangladesh.

The world must act now before it's too late.

Sukleash George Costa is national coordinator of the agricultural research for development program at the Catholic charity Caritas. He is also a member of the Bangladesh delegation to the Nov. 30-Dec. 11 U.N. Climate Change summit in Paris.